Skip to Main Content
Photo courtesy of the author
“Enjoy it, it goes so quickly,” they say, ogling and clucking at the fussy baby attached to you. It takes every ounce of inner peace to resist the urge to punch them in the face. Quickly? Nothing about this is quick. Everything about this is hard. And slow. And exhausting. Unsolicited platitudes that make you feel like a bad mother and a closeted pugilist to boot, are unwelcome. Because, “the days may be long and the years short,” as they so glibly point out, but it sure doesn't feel that way to the new mother bouncing and shushing her life away, desperately clocking the passing of each grain of digital sand in her iPhone hourglass. People don’t know how utterly long the days can actually be when you’re abiding the unsoothable howling of your tired baby, going through the maternal motions, and second guessing your every decision. And yet, they continue to chirp hackneyed truisms at you, safely ensconced in the hallows of maternal amnesia. Maternal amnesia, for the uninitiated, is what makes people have a second baby. Or a third. Or a fourth. It’s the cushion that envelops the part of the brain that has to do with rational decision making, choking off the insanely difficult memories of childbirth and early motherhood, and instead applies a deluded rose-colored filter to allow only the sweetest, most tender memories to bubble to the surface of one’s consciousness. It’s Darwinism at its finest, really. It’s the tendency to obscure the tough stuff in order for the species to survive and evolve. But what about the evolution of the mother? How does a woman continue to personally and spiritually evolve while duking it out in the mommy trenches? 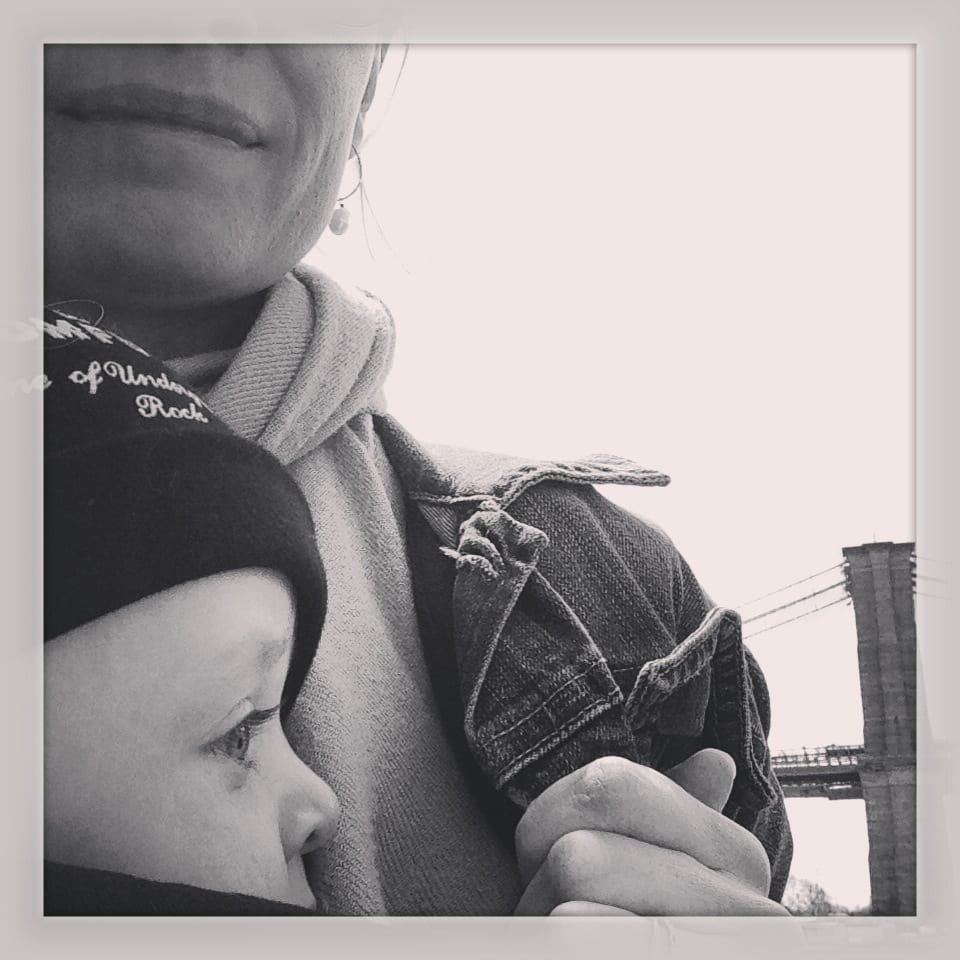 I spent my pre-mommy life working like only an A-Type knows how: Getting things capital-D done. I did this while simultaneously engaging in self-improvement pursuits like yoga and studying Eastern philosophy with the intention of expanding and ascending. (Even writing that made me want to punch me in the face.) The memories of these well-intentioned but seemingly-frivolous pursuits invite both jealousy and wistful condescension when I look back now.

These days, as the mother of two under two, the only intention I have is to get through the next five minutes.

And then the next five. And then the next five. And so it goes until the moment finally comes when my husband walks in the door and utters a dumbfounded, “Whoa,” at the scene he encounters: A tired heap of formerly-competent mama lying in the center of a wide swath of ‘toddler tornado’ debris. I doubt I’m alone in the quandary: How can a seeker reconcile the penchant for self-refinement with the very real demands of parenthood? What’s a mother to do when she finds herself suddenly suspended in the state of mommyhood, with no option to take time for herself or her career, having been abruptly removed from her former passions and pursuits? The answer is annoyingly simple. And it IS annoying, but it’s not simple. To really cope with being tossed about on the high seas of teething and the terrible twos, you need to really just GIVE IN. I know. You want to punch me in the face, with as much tenacity as I did that clucking contingency of maternal amnesiacs. I get it. But make no mistake, this voice saying, “Give in,” doesn’t come from the amiable voice of your trusted yoga teacher easing you into a sumptuous pigeon pose, as you smile and nod and maybe scribble it down in a tiny journal labeled Dreams. You have to truly give in from the bottom of your guts: Let go of your expectations. Of your rigorously chiseled habits. Of your lofty pursuits. It’s not forever, of course, this cessation of plotting your personal evolution, but what is forever is this new balance of finding strength in your capacity to give in.

Motherhood is at once an exercise in unwavering fortitude and complete surrender.

A big part of this may mean bucking what society and mommy blogs tell you you have to do. “But I can’t even show up to a playdate!” tired mama says. Little secret? Pre-verbal children almost certainly don’t care, or even understand. Stop over-planning stuff. Let go. Goldfish in your hair? Let it go. Proud toddler sloshing his potty through the living room to show you his accomplishments? Give in to it. Be proud of the poop. The floor is already a mess—give in to this moment that allows you to be 100 percent present with your proud poop-master Johnson. There may come an unsettling sensation in the pit of your stomach that whispers, “But if I give in that deeply, am I not simply giving up? I could lose everything I’ve worked to become. I might lose my work ethic, my decency, my identity.” Yes, in fact, you might. And yes, that’s scary. It might be one of the hardest yogic pursuits to accomplish, this losing oneself so completely. It’s an ancient spiritual pursuit, really, the removal of ego and cessation of identifying with one’s self. But within the strictures of Two-Under-Two-Mommyhood it might simply mean overriding the tendency to short-circuit when the food ends up anywhere but the baby’s mouth. It’s okay, honestly. You look really good in sweet potato.

The more I’ve given in to giving in, the more I’ve realized that motherhood operates the opposite way yoga does.

It’s not about achievement when you’re in the mommy trenches. It’s about getting through—something you’ll do more gracefully if you can release yourself from your own stringent expectations. That certainly feels like the opposite of yoga, for what yoga teacher has ever told you to lower your expectations, to refrain from setting an intention, to abandon any sense of progress and embrace the entropy that is your potty-training life? None. Until now. You are your own yoga teacher now. And that’s the crux: If motherhood is the opposite of yoga, the karmic punchline is that you’ll ultimately still get to the same place. It’s another route to enlightenment. Up until this point in your life you may have grasped essential tenets bandied about in yogic teachings, but never had to embody them in the raw, raw way that motherhood requires. 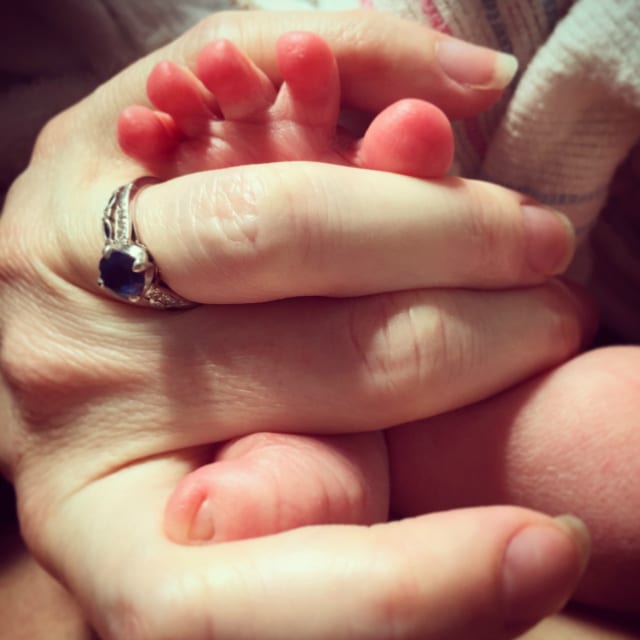 Now you truly do live moment to moment in the midst of hangry, tear-stained tantrums. Now you truly understand what it feels like to dwell in that tenuous place where strength meets softness and hold the pose—hold the pose—because your precious nugget needs you to soothe her beneath a decibel-crushing wall of sound pouring from her lungs. And now, that sensation of being utterly spent—the “I gave it my all” collapse—doesn’t happen in a self-indulgent savasana, but at kiddo’s bedtime, when the evening finally becomes yours again. However briefly that might be. If the mommy trenches feel more like a detour than a destined path in the map of your personal progression, perhaps it’s of some benefit to think of this detour as a Gonzo experiment in self-improvement, with Hunter S. Thompson as your yogic guide. The screamings and the poopings are, indeed, much closer to Fear and Loathing than Patanjali’s Yoga Sutra, but rest assured that you’re limping your way to something vaguely approximating enlightenment in a more powerful and embodied way than you could ever experience in your luon’d vinyasa practice. Own that shit (sometimes literally), and give in fully, knowing the challenges along the way are just another means to the same expansive end. — 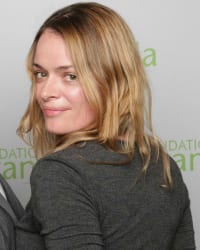 Karina Mackenzie has pursued many passions at Wanderlust HQ, including producing the Speakeasy Lecture Series and running all-things-digital back in the day. Currently, as in right this very moment, she is tapping out an author bio on an iPhone in the dark whilst nursing the youngest of two beautiful babes she proudly raises in Brooklyn with her husband, Wanderlust co-founder, Sean Hoess.