That which can be taken away from you is not worth keeping.

This sentiment, described by the philosopher OSHO, begins to explain the problem with coveting. Be it another person, a possession, a place or even a practice like yoga, clinging to something in the way that it is right now will only beget suffering. For our circumstances are always shifting, changing shape and form, fleeting—from one moment to the next.

Have you ever attached yourself so deeply to something out of fear of losing it? Are you committed to your yoga practice out of devotion—or because you are afraid that if you stop practicing you’ll lose the ability, flexibility and agility you’ve worked so hard to cultivate?

What if I told you that no matter what your situation, no matter how many days or months or even years go by without so much as a Downward Facing Dog, your yoga practice would stay with you?

If it weren’t for a health condition that rendered me unable to practice for months, I once may not have believed it either. But for me, starting over from ground zero was the deepest experience of the practice I’ve had in my near 15 years as a yogi.

In the summer of 2016 on the Fourth of July, I awoke in the middle of the night with severe abdominal pain that sent me to the hospital in an ambulance. In a matter of hours, I was undergoing emergency surgery to remove a substantial amount of my small intestine that had twisted and herniated itself, in a rush to save my life. I spent a week in recovery in the hospital, and rehabilitated during the many months that followed. Strict bed rest led to short walks around the block with what little strength I had, and eventually, I began the painstakingly slow process of physical therapy. I lost all of my muscle tone, dropped an alarming amount of weight, and could barely hold myself upright because my core was so weak. The large vertical incision on my belly that is still visible today cuts straight through my midsection—a glaring reminder of what I went through, yes, but also an indicator of my strength and resilience. It goes without saying that I am grateful to be alive. 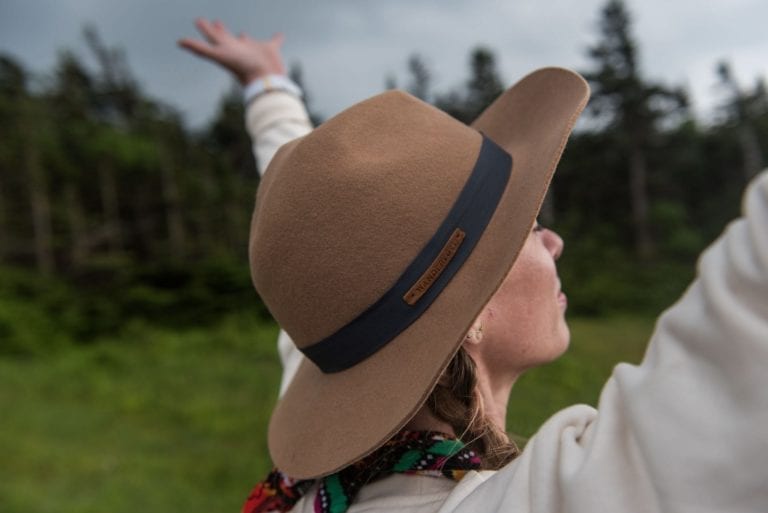 I’m sharing this story because up until my surgery I had convinced myself many things about my yoga practice and the way that I teach that I no longer believe to be true: That my classes had to be exciting, creative, fast-paced and trendy in order to be popular. That I had to give my students what they wanted instead of what they needed, and that nailing a Forearm Stand meant I’d attained some new level of advancement as a yogi.

While I realize this obvious absurdity in hindsight, I do want to point out that it is easy in this yoga world of ours to take the bait; to idealize hypermobile bendy bodies in bikinis on exotic beaches, contorting themselves into pretzel poses on Instagram and think, wow, I wish that was me. I wish I could do that. I’ve got to keep practicing, more and more, so that one day, maybe I can do that too.

Practicing “advanced” asana day in and day out with the aspiration to one day be able to put your leg behind your head is not going to lead to “enlightenment”… But slowing down and going back to basics? Well, that just might.

Yoga originated during colonial times in India as a form of spectacle, with some of the more advanced postures designed for young Indian boys whose bodies are simply not built like those of us who practice today. As a collective, I worry that we may have lost sight of what the purpose of yoga is really all about: to use body and breath to stabilize the fluctuations of the mind. It would seem there is more emphasis on acquiring expensive designer leggings with the latest in moisture-wicking technology and gaining Instagram followers and sponsorships, than there is on the simple act of just breathing… just being.

For the very first time in my life, my illness taught me what it was really like to just be. Without the strength of my core that I once prided myself on, I couldn’t practice yoga like I used to for a very long time. And even today, I still don’t, though I can and will attest that I am physically stronger now than ever before.

Beginning my practice from the literal ground up—with blocks and bolsters and blankets and straps and foam rollers—shifted something in me that was far more profound than any of the most challenging inversion or feat of strength and flexibility I’d attempted prior.

As a student with a beginner’s mindset, I’d stopped anticipating the endless Chaturangas that are so often cued in fast-paced Vinyasa classes. I slowed down enough to truly allow myself to be directed and guided, moving at my own pace to stay in touch with the rhythm of my own breath. And if I lost that connection, I paused, not letting myself feel worried about keeping up with the class. As a teacher, I became more relatable to my students too, coming at them from a place of raw humility and honesty, sharing with them a new style of teaching I’d begun to cultivate—one that was true and authentic to me, instead of mimicking what I’d seen elsewhere. To me, slow and steady was the new strong—and streamlined and simplified sequencing has become far more “advanced” than repetitive jump backs and fancy, picturesque postures.

My students will often share with me how much they appreciate my slower, more methodical approach; that it’s challenging in a different way because it allows them to cultivate real presence. They ask me what style of yoga I teach, because it’s so different from anything they’re used to at the trendier boutique studios. But my answer is always quite simple: I’m just teaching you what yoga really is.

During my recovery I realized that even without the physical part of my practice, my yoga was still there with me. In fact, I realize now that it was always there, long before I’d ever set foot on my mat—it just took practice to start to draw it out. I didn’t need Warrior III or Dancer’s Pose to be a yogi, because my yoga was still coursing through my veins, supporting me through one of the most difficult and traumatic ordeals of my life. Perfecting Headstand didn’t teach me how to be a survivor, but closing my eyes and connecting to the strength of my own inner source did. The postures I’d practiced up until that point were simply a vehicle or to bring me to that place of acceptance—to understanding that I was not a victim.

I’m not saying that there anything is wrong with a fast-paced yoga practice. But I would like to offer you the perspective of what it means to slow down; to give yourself the true gift of presence. If you’re a seasoned yogi, I invite you to return to the basics and see what comes up for you. Notice the tricks your mind plays on you when it anticipates what’s coming next, or whether it’s annoyed that you’re moving too slow and not practicing Bird of Paradise or Crow. Alternatively, could it benefit you in any way to practice less physical asana and more meditation and self-care?

Remember: Your practice is always with you, no matter what, and no one can ever take that away.

Andrea Rice is a writer and yoga teacher in Brooklyn, NY. Her work has also appeared in The New York Times, Yoga Journal, NY Yoga + Life, SONIMA, mindbodygreen and other online publications. Connect with Andrea on Instagram, Facebook, Twitter, and her website.