While “Aquarius Season” is 30 days long, the Age of Aquarius is said to last around 2,160 years. So, what is Aquarius Season, and what’s the difference between the season and the age? Before the dawning of any understanding, let’s go back and explore the context of everyone’s favorite water-bearer in both modern astrology and its roots in ancient astronomy.

The word “Aquarius” comes from Latin meaning “water-carrier, water-pourer.” Its astrological symbol represents water, but looks like an electrical jolt. And rightfully so—Aquarius connects us to energies of originality, eccentricity, freedom, radical expression, and epiphanies of all sorts. It craves innovation and orients us to the future and what is possible. When sparked it catalyzes creativity, new insights, or exciting novelty. Activated Aquarius energy in our society spurs technology breakthroughs—it’s arguably what gave us the Internet. Yet Aquarius energy also compels us to consider social justice as part of the collective and communal experience.

Aquarius isn’t all excitement and forward-thinking momentum, however; as with all planets and zodiac signs, it also has a shadow side. In Aquarius’s case it can be aloof, non-committal, impulsive, detached, or restless. Aquarius energy loves to start things, but not always finish them. Watch out for the infamous Aquarian “Last Unicorn Syndrome,” in which it thinks it’s the first and only one to come up with an idea.

Archetypally, Aquarius is the misfit, lone wolf, or mad scientist. It’s a rebel with a cause, and sometimes without one. In traditional astrology Aquarius was governed or ruled by the planet Saturn, though many modern astrologers associate it now with Uranus as back then Uranus hadn’t been discovered yet. Some say Saturn is the “night ruler” while Uranus is the “day ruler.”

It’s important to note that while we all have Aquarius or Uranus in our charts, its influence in our lives or self-expression depends upon our personal natal astrology chart. Those with Aquarius as their Sun, Moon, or Rising sign may feel particularly connected to the Aquarius Season or the Age of Aquarius. Having your Sun or Moon in the 11th house or having them touch the planet Uranus can certainly make you identify with Aquarian traits, however—though that is an astrology story for another time. If some of us are more “Aquarian,” than others, then how does Aquarius Season or the Age of Aquarius impact us? Is it a just a “New Age” term or does it offer collective wisdom? 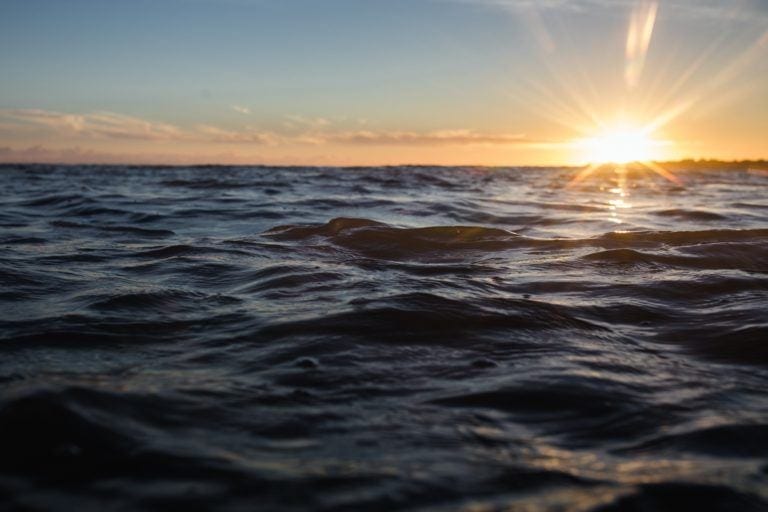 Historical Context: The “Age of Aquarius”

While we all have a personal astrological blueprint, we also have a collective one as the current position of the stars and planets in the sky add a layer to our individual experience. When the Sun is in the sign of Aquarius, we all feel the energies just as when there is a new moon (like on February 4 in Aquarius). However, the Age of Aquarius is a much larger cycle that isn’t quite as clear.

Astrological ages are time periods that relate to the evolution and development of society as a whole, not just an individual.  Astrologers around the world seem to agree that humankind has been through six different major phases that correspond to the 12 tropical zodiac signs. Each lasts around 2,100 years. When each of these time frames begin or end isn’t totally cut and dry because the time frame is so large. Of course, this idea of large-scale cycles isn’t unique to Western astrology—the Mayan calendar and Kali Yuga of Sanskrit scriptures also mention these patterns.

When modern astrologers talk about the Age of Aquarius, they are referring to a phenomenon of the backward motion of the Earth and its relationship to the sign of Aquarius. Around 190 B.C.E., an ancient astronomer came up with the idea of what is called the “precession of the zodiac.” This describes how the constellation behind the Sun at Vernal Equinox or ecliptic—path of the Sun across the sky—changes because of the Earth’s rotation that has a wobble. (Apparently, Earth isn’t as stable as we think and has a retrograde cycle.)

Just as each zodiac Sun sign has different characteristics, those carry over into the Astrological Age of that time. In this way, we can notice major collective themes that have been informed by which “age” we are currently in. According to Nicholas Campion’s research, the Age of Aquarius arrived in the 20th Century around 1447 A.C.E. and will go through 3597 A.D.E. Other astrologers believe it began in 2012. Around 1999 we also heard an increase in the Age of Aquarius and correlations with the Mayan Calendar.

I lean toward astrologer Susan Miller’s explanations of the timeline that situate the Age of Aries between 2000 B.C.E. to 1 A.C.E., with much Greek and Roman violence. It then intersects with the Age of Pisces, with its focus on spirituality—when many of the world’s major religions came into being. And now we’re in the Age of Aquarius—a time distinguished by quick technological advancements (ahem, the Interwebs or robotics) or (my hope) movement toward collective consciousness and community.

Aquarius energies help us shift and evolve structures that allow us to move into what is new and next for our evolution. Whether the Age of Aquarius has dawned or is dawning, activate and appreciate your own Aquarian nature through community, activism, a new creative project, or even honoring your weird. Perhaps try something new or finally figure out some of those fancier features of your smart phone. No matter how you catalyze and connect to Aquarius, it’s a time to come together in community while honoring our individual uniqueness.

Rebecca Farrar completed her M.A. at the California Institute of Integral Studies in the Philosophy, Cosmology, and Consciousness (PCC) program. Her thesis was titled “Stargazing: Re-enchantment Through Language,” combining philology, consciousness studies, and enchantment with the stars. She has studied with archetypal astrologer Rick Tarnas, cosmologist Brian Swimme, activist Joanna Macy, and psychotherapist Stan Grof. Other influences include C.G. Jung, Owen Barfield, Bill Plotkin, Marianne Woodman, Thomas Berry, and Clarissa Pinkola Estes. I was also a founding member of Burning Man’s first astrological camp, Cosmicopia. Most recently I am featured in an upcoming documentary Conscious: Fulfilling Our Higher Evolutionary Potential and the She Wolfe Tarot deck. She is a member of the International Society for Astrological Research (ISAR), the San Francisco Astrological Society (SFAS), the Association for the Study of Women and Mythology (ASWM), and the Depth Psychology Alliance (DPA). Follow her on Instagram.