Eyes lock. Sweet and salty sensations register in your mouth. You close your eyes to let the sensation sink in, and then open them, locking eyes again with your partner. You both murmur in appreciation of the sensory moment, and smile. Sound intimate? It is. According to celebrity vegan chef Jason Wrobel, enjoying a meal together is one of the most intimate experiences people can share.

“When you have an amazing meal with someone,” Jason says, “think about the sounds and undulations and the body movements of a person having a good meal. Good food is very sexual, it really is. To me, people who are really, really into food, they’re just sensual people in general. There’s something primal and sensual that they allow themselves to really enjoy life.”

The idea that enjoying food or the act of sharing a meal can be a profoundly sensual experience is nothing new. We have, after all, built society around mealtime—there’s not a single major life event or occurrence in which food isn’t a centerpiece. What would the holiday season be like without a family’s traditional spread? How would foreign leaders consecrate sweeping international decisions if not sit at a well-set table together? Think of the casseroles and the vats of soup that neighbors drop off when tragedy strikes; well-intentioned loved ones seek to nourish mourners as a sign of affection and support. 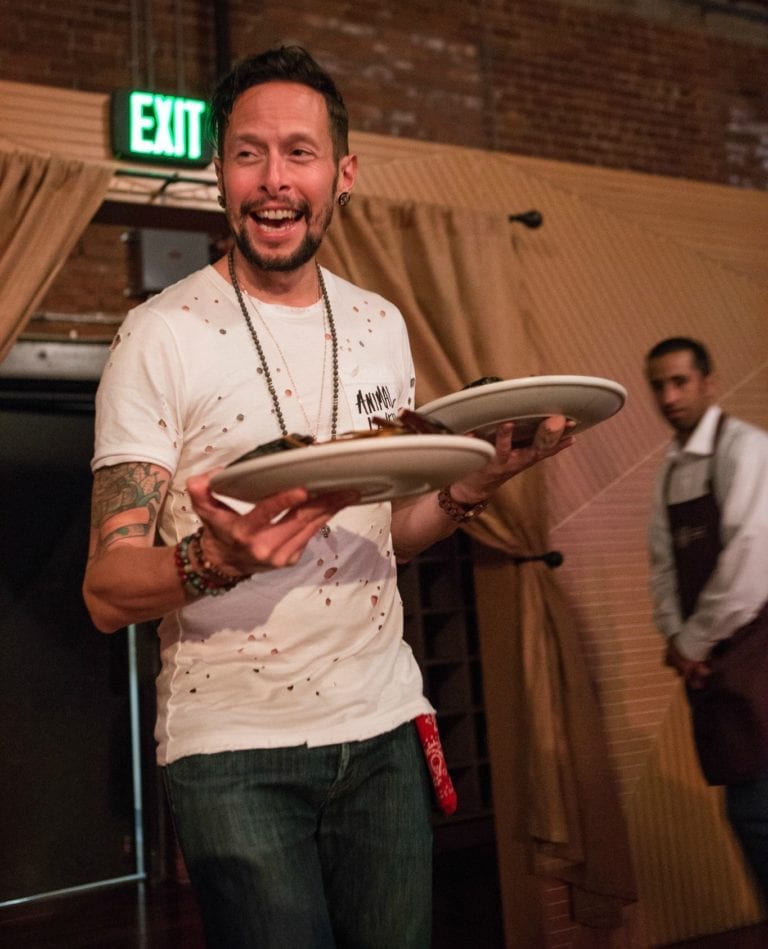 Food as a Love Language

For Jason, food isn’t just something that provides physical nourishment. “We talk about the five love languages,” he says, “but I think food is the sixth love language. When you make food for someone, that is a primal act of loving them.”

Jason remembers gathering around the table with his family while he was growing up—which was so much more than just the act of eating. Jason says that this simple tradition was really just his family’s way to come together on a consistent, regular basis and “unabashedly and openly and vulnerably share about what’s going on in our lives, like checking in about the day, ‘what are you feeling,’ ‘what are you going through,’ offering emotional and energetic support for each other’s journey.”

When you make food for someone, that is a primal act of loving them.

He is certainly not alone in those recollections. My own family also certainly kept this tradition—and even still, it’s not a tradition that’s exclusive to modernity. Jason posits that food was most likely a trust-building and bonding experience for early humans living in tribal societies. “It was a way for communities of people to gain trust with each other,” says Jason, “sharing a meal and food is about connection and trust and support and the building of community and family.” And just like sex or intimacy, “I think that’s why it’s such an emotionally-charged topic for people,” he says.

A Fleeting Moment in Time

The fact that food brings community together, can be an emotional offering or a charged topic, and is one way in which we organize ourselves into history and place makes food sound an awful lot like art—which is exactly how Jason sees it. “I know a lot of people may not think about it in that context,” he says, “but to me, it is an art form where you’re taking all of these skills and passions and excitement and creating something that nourishes someone.”

The major difference, according to Jason, is the impermanence of food. “You create a painting: it could last for hundreds, thousands of years,” says Jason. “You have a musical recording: it’s in the ethers, it’s on the Internet. But food is so unique in that you know your art form is going to be destroyed and made as a sacrifice for the nourishment of another person.”

In the same vein, when sharing a meal with someone, you’re both engaging in an exercise of impermanence that can often lead to an increased sense of presence at the table. When you choose to share a meal with someone, Jason says that you’re both tacitly agreeing that “this sensual, primal, nourishing experience is going to be gone like that. What’s so fleeting about it is what makes it so magical.”

Food is so unique in that you know your art form is going to be destroyed and made as a sacrifice for the nourishment of another person. 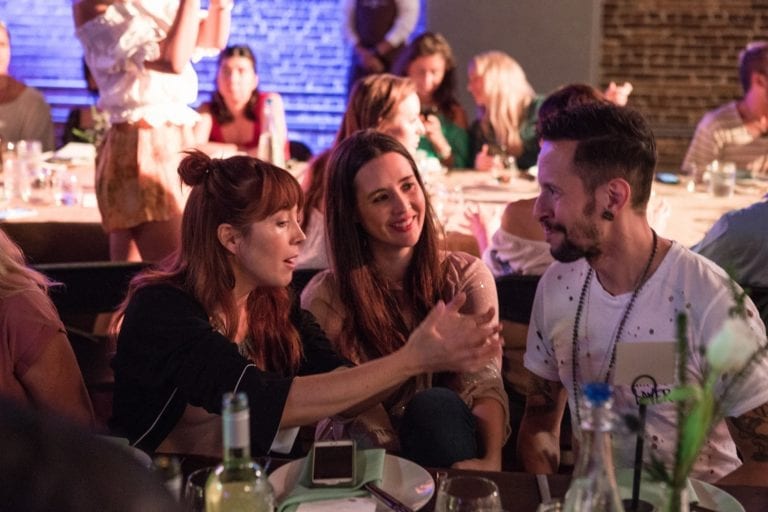 All of this is to say—food, by definition, is a multi-sensory experience: you can smell it, taste it, and feel it. For Jason, any meal shared with a significant tactile component is going to be even more intimate. Across the world, there is a common tradition of physically sharing food (not just sitting across from each other); actually breaking bread. “In Jewish tradition, there’s challah bread, or we go back to Italy and there’s pizza. There’s Ethiopian food, where you’re literally eating with your hands,” says Jason, to rip up the shared Injera (spongy sourdough-risen bread).

“I think there’s a deeper primal connection when we don’t use utensils and actually have handheld food,” says Jason, laughing as he qualifies that he’s not anti-utensil or anything like that. He just sees hand-to-mouth eating as a way to get rid of the filter of a fork. To feed someone else by hand, he says, takes it even a step further: “That’s the ultimate way to connect because we’re getting human touch, we’re getting the sense of nourishing and feeding someone with our bare hands. It’s just very primal and real. To me, that just feels like…” Jason trails off. “I just get excited with those types of food experiences,” he says. “That really stimulates me.”

Dinner dates and awkward breakfasts are how we circumscribe our love life—and we’ve well-established the intimacy of sharing a meal. But does what you eat truly affect who you date or to whom you are attracted? Many adherents to specific diets would say yes: a BBQ pitmaster may find it difficult to fall in love with a vegan, and vice versa (of course that’s not always the case).

For Jason, knowing what a potential date chooses to put into her body is a sort of calling card.  He sees food choices as a direct reflection of the amount of self-love and awareness that we’ve cultivated in our lives. “I don’t think that someone who goes out and eats chemically-laden, processed, artificial foods is giving themself a lot of love in life,” he says. And it goes both ways. If someone is absolutely obsessed with healthy eating to the point that it’s detrimental—orthorexic—that’s not a turn-on for him, either. “Just because someone’s eating healthy food does not mean they have a healthy relationship to their food.”

In short, your food choices can be a great way to be lovingly intimate with yourself—as well as family and friends. So the next time you’re sharing a meal, or cooking, or even selecting what to cook at the store, think of it as your most intimate relationship. Buy colorful foods that excite you. Eat without a screen. Inhale the scents, savor the texture, and lock eyes with the person across from you.

There is nothing more delicious.