For the most part, we all understand how to cook with real food. We typically don’t add non-food ingredients into our home-cooked meals. Our avocados aren’t made with green dye. We don’t sprinkle stearoyl lactylate into our soups and breads. The problem isn’t typically home cooked meals using fresh ingredients; the problem is the food-like substances, chemicals, food additives, preservatives, food dyes, and artificial sweeteners that food companies add to their food. But if you don’t have stearoyl lactylate in your cupboard, then you probably shouldn’t eat it in the food that you buy either.

For so long, most people were unaware of the chemicals added to our foods and how the hormones, plastics, and toxins that we congest on a day to day basis are harming our bodies. Now, many of us conscious consumers have learned to avoid breads containing yoga mats and french fries with Silly Putty in them. But sometimes processed foods still find their way into our kitchens.

I’m not saying that ALL processed and packaged foods are all bad. People have been processing food virtually from day one. Until refrigeration, it was the only way we had of preserving perishables to eat later. Cooking is a form of processing, so are curing, drying, smoking, fermenting—the list goes on and on. Whole foods processed using traditional methods and ingredients are not something we need to avoid. Some processing actually improves food by making its nutrients more available or potent. We just have to understand which processed foods we can safely eat and which ones we should avoid.

I want to walk you through what processed foods to avoid so that when you do find yourself deciding on whether or not to buy that box of goodies you can make better choices.

We just have to understand which processed foods we can safely eat and which ones we should avoid.

I know this might seem like a long list, but you can avoid all of these items by sticking with real, whole foods, and brands that you trust. In my new book, Food: What the Heck Should I Eat? I’ll walk you through an entire kitchen makeover, what foods to avoid and what foods to eat to promote health and avoid dis-ease.

I’ve said it before, and I’ll say it again, food is literally the most powerful medicine you have available to control your health. I want you to think of your kitchen as your pharmacy. It all starts with taking out the junk, and putting in the good stuff.

This piece originally appeared on Dr. Mark Hyman’s blog. Republished with permission from the author. 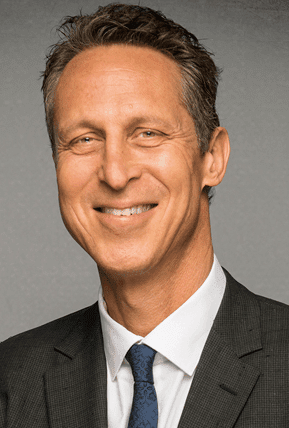 Dr. Hyman is a practicing family physician, a 10-time #1 New York Times bestselling author, and an internationally recognized leader, speaker, educator, and advocate in his field. He is the Director of the Cleveland Clinic Center for Functional Medicine. He is also the founder and director of The UltraWellness Center, chairman of the board of the Institute for Functional Medicine, a medical editor of The Huffington Post, and a regular medical contributor on many television shows including CBS This Morning, Today Show, Good Morning America, CNN, and The View, Katie and The Dr. Oz Show.