By now, we’ve all heard motivational phrases like “sweat is fat crying” and “the cure for anything is saltwater: sweat, tears, or the sea.” But while that first one is technically incorrect and the second is vague (albeit kind of uplifting), it’s true that sweat is a fantastic, natural, and involuntary way for the body to maintain its desired temperature.

Acting as your own personal form of air-conditioning, perspiration is made of water, salt and trace amounts of electrolytes, with more than 2 million sweat glands working to keep you cool no matter what you’re doing or where you’re doing it. As you lose sweat, you lose water, which of course creates the sensation of thirst and the need for rehydration. Catch that? As important as it is to sweat, it’s equally important to replenish yourself afterward. Water works, but give your bod a treat with a specially-formulated drink such as BODYARMOR LYTE—because your cool-down doesn’t have to be the only replenishing thing after a workout.

Ready to bust a move? Read on for our favorite ways to sweat this summer—besides just basking in the sun.

Over the last few years, the stand-up paddle boarding craze has taken hold in lakes and rivers all over the country, even morphing into a microtrend of SUP yoga and pilates sessions on the water for an extra balance challenge. A typical hour of stand-up paddle boarding can utilize 300 to 400 calories, depending on how much effort you’re exerting, how fast you’re moving, and how hot it is outside. The hotter it is and/or the harder you work, of course, the more calories you burn and the more sweat you lose. Not only are you sweating and burning calories while paddling and keeping yourself upright atop a deep body of water, but you’re also probably doing it in the sunlight, so hydration is key—not just after your SUP excursion is through, but before and during your session as well. 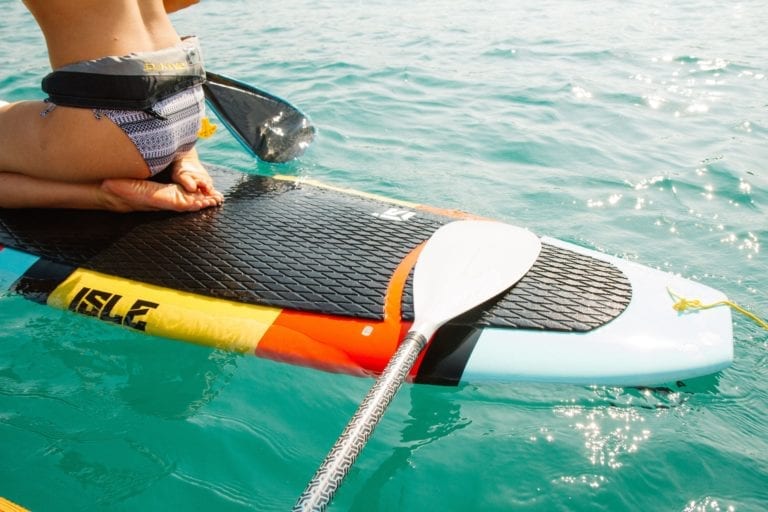 Also known as Bikram yoga (named such after its founder), hot yoga dates back to the 1970s and has enjoyed a recent resurgence. Generally held in a space kept to 105 degrees, the heat is meant to echo the temperatures found in parts of India, where the practice of yoga itself originated. Classic hot yoga consists of more than two dozen asanas (i.e., poses or postures) ranging from the simple stances of Pranayama (standing tall while breathing deeply) and Half Moon Pose (a standing side stretch with arms reaching overhead in an arch) to more advanced stances like Garudasama (an Eagle Pose, with arms and legs intertwining while balancing on one foot) and Padangustasana (a one-legged toe stand). A full session can burn around 400 calories, depending on height, weight and metabolic rate, and thanks to the room’s heat, sweat loss is… well, let’s just say “considerable.”

Mileage may vary when it comes to actually enjoying the act of sweating on its own, but an infrared sauna session can be particularly enjoyable for those who love a good pore-deep cleanse. Sitting in an infrared sauna for just 15 minutes can activate more than 2 million sweat glands on the human body, causing it to release as much as four cups(!) of sweat. Needless to say, hydration is important for your vital organs (especially your kidneys), so after losing so much sweat in such a short amount of time, it’s wise to replenish immediately with a pure, cool beverage that refreshes the system and the senses.

For a high-intensity workout that mimics basic training routines practiced in the military, a boot camp workout can deliver an invigorating challenge. Using jump ropes, medicine balls, calisthenics routines, sprints, drills and more, constant motion is the name of the game, as is variation and persistence. From pull-ups, push-ups and crunches to elaborate exercises using objects like chains, tires, cones and other obstacles, this killer circuit training approach keeps the body guessing what’s next and testing its limits in new ways. After such a killer workout, hydration is vital, as well as the replenishment of potassium, salt and other building blocks your body needs to recover.

It’s a simple fact: pole dancing requires massive amounts of coordination and core strength, and luckily, involving yourself in a repetitive practice can build both of those things from scratch. Even a casual class geared toward first-timers can cause you to use muscles you might not typically engage on a regular basis, so come prepared to stretch, sway and sweat to a degree you might not otherwise expect. Utilizing up to 350 calories in a one-hour class, your body can lose as many electrolytes through sweat as it would if you spent half an hour jogging, shoveling snow, or taking an aerobics class. While you might think of alcohol as a natural choice for a post-pole dancing beverage, what you actually need is an alcohol-free, caffeine-free drink to rehydrate yourself properly.

If you’ve ever marveled at the artists in a Cirque du Soleil performance, you’ve considered what it takes for a person to cast all fear aside and use their bodyweight, flexibility and strength in their own favor as they hang in mid-air, tempting gravity but refusing to fall. One-on-one and group classes have begun popping up all over the place, taught by trained aerialists and often set to sensual music with a sense of fluidity to match your movements. Mastering the art of aerial silks can be beautiful and poetic, yes, but it also requires discipline, determination and a lot (yes, a LOT) of practice. An hour of aerial silks training can burn as many as 520 calories—twice what you’d burn in a full hour of weight training. With that, of course, comes sweat loss, and the need for replenishment afterward. 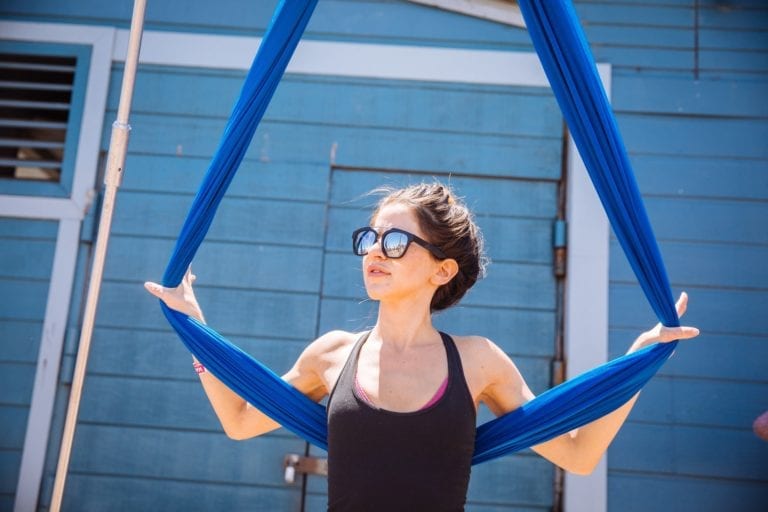 The Cool-Down: How to Rehydrate

Fresh, filtered water is always your friend after a workout (and in life in general), so be sure to carry it with you as a matter of course. And for an extra kick of electrolytes without preservatives, caffeine, or artificial colors and sweeteners, try BODYARMOR LYTE, which is a naturally sweetened, low-calorie sports drink. It delivers electrolytes your body needs after sweating through a fitness class or workout. Packed with vitamins A, C, E, B6 and B12, this coconut water-based beverage comes in four refreshing flavors: Peach Mango, Blueberry Pomegranate, Orange Citrus, and Cherry Berry.

If you’re gonna get sweaty (which you totally should) be sure to take the proper steps to rehydrate. Your mind and body will thank you.

Whether you’re a hardcore athlete, a weekend yogi, or just minding your hydration, BODYARMOR LYTE Sports Drink is dedicated to providing today’s athletes and anyone active the best in sports nutrition & hydration. BODYARMOR LYTE is a naturally sweetened, low-calorie sports drink providing potassium-packed electrolytes, vitamins, coconut water, and no colors from artificial sources. With only 20 calories and 3g of sugar per serving, BODYARMOR LYTE provides a great-tasting, low-calorie option that’s heavy on hydration and LYTE on calories.