I have a white wolf in my scope.

Her gaze is focused—directly at me, it seems—her posture alert, her fur the color of unpolished alabaster. Winter white, softer than the crisply vibrant feathers of the trumpeter swans that just flew past, honking, 60 feet above my head. At her left are two black pups, her youngest, and a toast-colored yearling from last year’s litter. To her right, stretched along the ridge, are two more wolves, their fur umber, ocher, and tan. Her mate, the black alpha, is not in sight. All these wolves claim a ridge less than 200 feet from me. Through my scope I can almost see the twitch of a nose.

When the white wolf starts down the hillside my heart quickens. Sure-footed, she moves smoothly down through clumps of sage and patches of snow, traversing the terrain, eventually crossing the road to reach a cow elk carcass lying beneath a bare tree. A dozen ravens perch on winter gray branches. I’m focused on her when well-known wolf technician Rick McIntyre touches my arm.

He points behind us, where the alpha male has appeared, trailed by another gray wolf. But instead of following the white wolf’s path, these two cut to the left, and head our way. They’re within 50 feet, then 40. I rotate on my boots, eyes glued, as they trot past. What wells in my chest isn’t fear, it isn’t even adrenaline. It’s awe, astonishment—the magnetic pull to a creature that represents the wildness of my own spirit.

Whatever your authentic nature, own it. Be it.

I spent two years researching wolves and human reactions to them, which range from fascination and reverence to fear and hatred—often influenced by myth, fairy tales, misinformation, and rigid internal beliefs. I sought to understand what drew so many of us to intense connection with nature, and specifically to wildlife—what we gained from it, and how those experiences affected or even changed us. As someone who had buried two children, was struggling in a second marriage, and who felt lost more often than she liked, I was in need of a deeper spiritual grounding. The study of wolves led me through an inward journey, one of rediscovering my own wild nature, of recovering my voice, and of learning to own that voice in the world. I discovered the empowering nature of my own howl.

Other lessons flooded me, as well, and what follows are the four I found most meaningful.

Whatever the “it” might be. While wolves are pups, they are fed, played with, indulged, and taught to hunt. Then they are weaned, and expected to teach the next year’s pups, hunt with their pack, and take from the environment what they need. Each meal runs from them—frequently escaping—and the only home they have is the one they carve from the landscape. If it is going to have meaning in your life, you must find the courage and the strength to go after it yourself.

2. We each have a unique role to play.

Discover yours, and be it. Just as dogs have their own personalities, wolves do, too. Each pup grows into his role in the pack—every role essential to the pack’s cohesion and process. A pack typically consists of an alpha male, alpha female, and their progeny. Sometimes the siblings of the alphas will also be included. There are often beta males and females—the next most dominant personalities—playful uncles, aunts, or older siblings who help raise new litters, and omega wolves who tend to take the brunt of frustrations and become the underdog of a pack. Whatever your authentic nature, own it. Be it. A smoothly functioning society requires people of all different personalities, with differing strengths and passions. Connect to your true nature, and follow that blissful place that comes naturally to you, for your true self will complement and enhance what the rest of us bring to the community.

And without sleep. Or when it seems impossible. Doug Smith, biologist and head of the Wolf Program in Yellowstone, told me how he watched a wolf with an obviously broken leg take down and kill a bison. That wolf needed to eat, needed to help feed his pack, and did what had to be done. We all have untapped reserves that at times we must call into play. And the extraordinary thing is that these reserves are so deep it’s unfathomable. When we need them, they are there. As a therapist I have often found myself offering words to a client that came from someplace other than my thinking mind—they are deeply insightful and almost magical in their ability to empower the client. They bubble forth when I allow those reserves to contribute—the same that let us nurse our feverish child through the night, run a marathon, or sit for hours with a grieving friend. We are each more capable and resilient than we know.

None of us can do this alone. By acknowledging this, we soften and become more approachable, enhancing our ability to attract others. A lone wolf is likely, after not too long, to be a dead wolf. Hunting is more successful in a group, as is defense of a territory, and of oneself. Wolves know they need a pack. Pups are vulnerable for the first few months of life, depending on others to care for them. Adult wolves seeking to join a pack are extremely vulnerable: They might be accepted, or they might be chased away or even killed. But given the choice between eking out a solitary existence, or exposing vulnerability to a unfamiliar pack, most wolves choose the latter.

By allowing ourselves to ask for help—to be vulnerable—we expand our world, give others the ability to do the same, and increase awareness of our interconnectedness. When we relax our borders and accept the friendship, support, teamwork, or even intimacy that others offer, we become stronger and more capable, able to extend our own reach. We’re able to give more when we ourselves accept the gifts of others.

Through studying wolves—standing for hours in negative temperatures, exposing my ignorance to those with greater knowledge, questioning my own role, seeking wisdom, and listening to stories of fear, loss, and devastation—I solidified my place in the world. I regained my voice. I discovered how much of my own wild nature I’d squashed by focusing on being nice, kind, and obedient—and I realized my meekness served no one. I now understand the power of embracing our authentic selves, celebrating our connection with other—both human and animal—and using our voices to speak truth, to bond, and, occasionally, to howl.

This article was written by Susan Imhoff Bird for Wanderlust. The full story from her time spent with wolves can be found in her book, Howl: of Woman and Wolf (released October 2015). 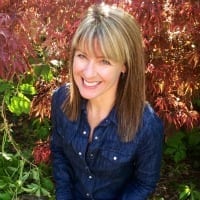 Susan Imhoff Bird is the author of Howl: of Woman and Wolf—an exploration of the passions and controversies surrounding the reintroduction and protection of wolves in our country, Howl is also an intimate journey through Bird’s experiences of grief, loss, and relearning her place in the world. With gentle humor, graceful prose, and a few vriksasanas, Bird illustrates the ways in which wolves, wild places, and a willingness to listen may lead, finally, to healing.