There is something magical, moving, and wondrous when we gaze upon a tree that has lived far longer than us. The 78-foot tall Norwegian Spruce chosen to be the Rockefeller Center holiday tree this Christmas lived to see 80 years. It was donated by Albert Asendorf and Nancy Puchalski, and when it was lit, Nancy said: “I’m glad everyone in the world is seeing how beautiful it is. But it’s kind of sad.”

It is. Even though the lumber will be used by Habitat for Humanity to build houses, the calling to save these older trees and care for them—instead of cutting them down for our consumption—is getting louder.

Beth Moon has spent the last 14 years traveling the globe photographing the planet’s oldest surviving trees. Trees like the Ifaty Teapot tree in Madagascar, a 45-foot wide baobab tree that is thought to be more than 1,200 years old. And General Sherman, a 2,500-year old redwood in Sierra Nevada, California. Some she has researched. Others are recommended to her by travelers. “It is their age that is so striking to me,” says Beth.

Her platinum print portraits of these ancient trees, like the baobabs, have become iconic. Their enormity gives us a taste of what the Jurassic forests looked like, and remind us that these silent giants ruled the Earth long before our ancestors made them their homes.

Standing as the Earth’s largest and oldest living monuments, Beth says she feels the significance of these trees will only become greater as humanity seeks to improve its relationship with the environment. She hopes that by capturing the iconic trees with her camera, she may also capture people’s attention, and draw their awareness to the importance and magnificence of trees.

It needs to happen. Today, scientists estimate some 90 percent of the world’s ancient forests have gone—and about 98 percent of the U.S.’s old-growth forests. The Paris Climate talks may show that the world is uniting in its focus to slow down global warming, but the outcome reveals that less talk, more action is the urgent next step.

And the clock is ticking. The global temperature is forecast to increase by some 2.7 degrees Fahrenheit by 2100—with worst case scenarios as high as 8.6 degrees. 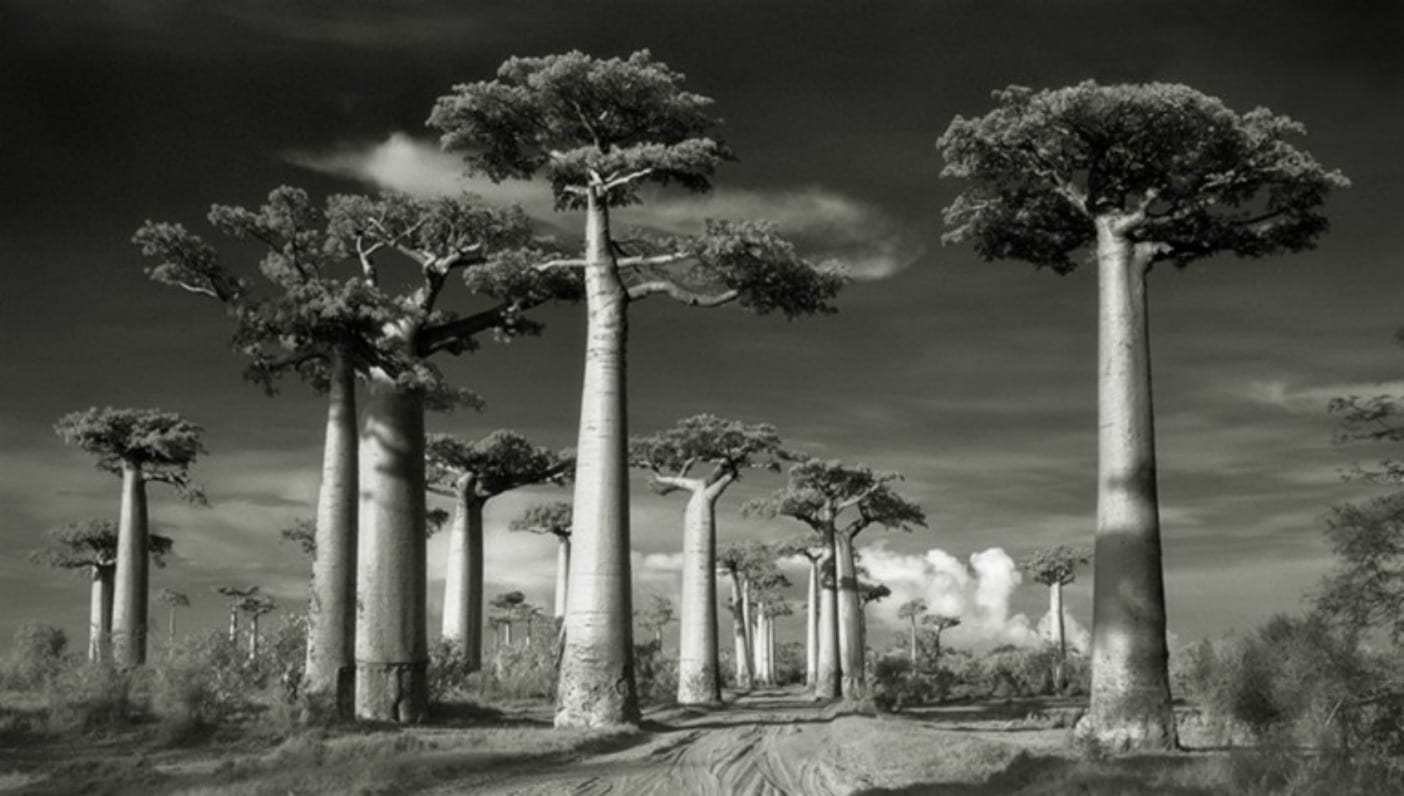 This rise in temperatures is leading to a decimation of what’s left of the world’s forests. In British Columbia 18 million hectares of forest—an area the size of Missouri—has been destroyed by mountain pine beetles that are not experiencing cold enough winters to die off. In 2008, British Columbia went from being a carbon sink to a carbon source, as the dying trees released the carbon dioxide that they sequester. The beetles have been spreading throughout the northwestern U.S., and now there are fears that they will move across Canada’s boreal forests. “Given today’s destruction, when you think of what it takes for these ancient trees to have survived, it is astounding,” says Beth.

Most of these ancient trees are alone, away from human interaction, or are now protected by governmental agencies. But it is their survival that could offer the solution for the planet’s future forests. Indeed, there is something in these giant trees that must be preserved beyond photographs—their genes.

A Movement to Clone Giant Trees

David Milarch has been spearheading a movement to clone giant trees for two decades. Why? Because they are the cream of the crop. The small forests we see today are essentially the runts, the leftovers. Having forested the largest and best trees for homes, ships, tools, weapons, and furniture, those that remain and populate the planet are weaker, and less able to weather swings in climate, pestilence, or disease. “The DNA that may be best suited for the tree’s journey into an uncertain future on a warming planet has all but vanished, just when we need it most,” says author and journalist, Jim Robbins, in his book The Man Who Planted Trees: Lost Groves, Champion Trees and an Urgent Plan to Save the Planet.

David, a nurseryman who in previous years led a hard and fast life arm-wrestling and drinking, has become a surprising champion of the move to clone the ancient trees and preserve their DNA. After quitting alcohol cold turkey, he had a near-death experience that left him with a deep sense of compassion for all life. It also brought him visitations of what he refers to as light beings who told him that the giant trees were dying, and that he had to preserve their genes.

Whatever your opinion on the source of his inspiration, David’s mission—based on scientific research that seedlings only contain 50 percent of a tree’s DNA compared to cloning’s 100 percent—has grown into the non-profit Archangel Ancient Tree Archive (AATA). And its work is taken seriously. AATA partners with organizations like the Eden Project, an educational charity. As documented by Jim in his book, the hope is to save the genetic traits of the ancient trees, and reforest the Earth with their stronger, hardier offspring. 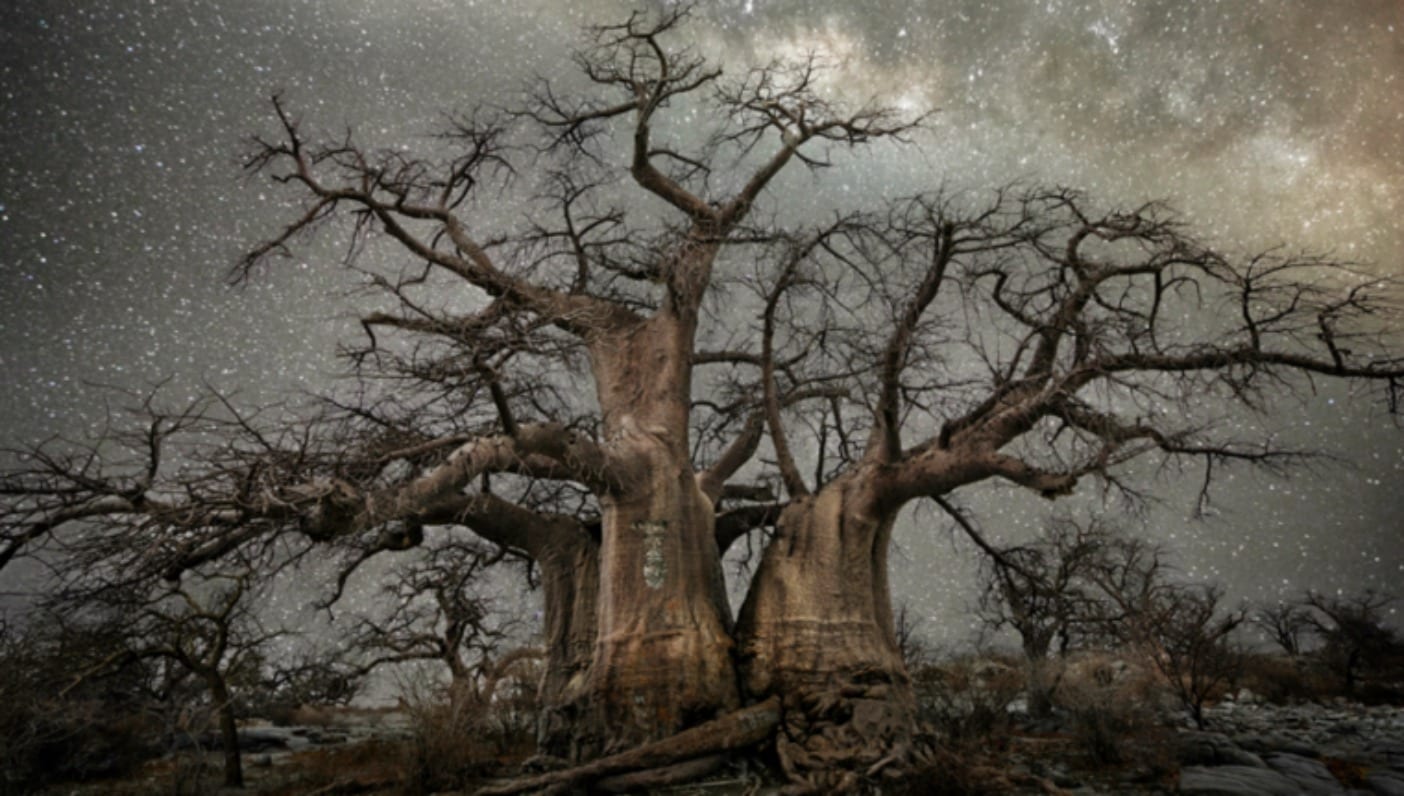 A Source of Inspiration

Jim’s book was a source of inspiration for Beth’s latest photography project—portraits of trees beneath the stars. The book includes research from the University of Edinburgh that shows that trees grow in line with cosmic radiation. Researcher Lawrence Edwards, also mentioned, found that tree buds changed shape and size rhythmically, in regular cycles all through winter, directly correlating to the moon and planets. “The oak, for example, appears to change with Mars, the Beech with Saturn, and the Birch with Venus,” says Beth.

This connection, between trees and planets, moon and stars, is only just beginning to be explored. As David points out—if we think about trees being impacted by the sun, it must stand to reason that trees could be impacted by other stars. “I believe energies inside the Earth are transmuted and transmitted into the cosmos by the trees, so the trees are like antennas, senders and receivers of Earth energies and stellar energies,” he recounts to Jim.

“I wanted to portray a pristine view of nature. But the story is much deeper. We have cohabited with trees forever, and yet they may not be here tomorrow.” – Beth Moon.

It’s this quality that Beth captures with her photographs—of trees silently transmitting energy far beyond their local landscape. Her portraits are named after constellations: Fornax, Hydra, Ara, Vela…

It seems ironic that we know so little still about trees, given the roots of our evolution lie within them. We are able to take a breath only because of trees. The dexterity of our hands came from swinging and climbing in the branches of our once homes. Beth says when she started photographing trees, she wanted to hide all traces of man. “I wanted to portray a pristine view of nature. But the story is much deeper. We have cohabited with trees forever, and yet they may not be here tomorrow.”

Beth says the research emerging about trees as more than just the planet’s lungs, but perhaps as energy transmitters or cosmic radiation buffers, caused her to look at trees in a different way again, hence a different style from her dramatic platinum prints. “It blew my mind,” she says. “Who knows where this research will lead? Or what we will learn from trees? What insights will we glean from their interaction with the cosmos. Our role, in the interconnectedness of everything, may be hidden within that.”

Helen Avery is a Section Editor at Wanderlust Media, working on the Vitality and Wisdom channels on Wanderlust.com. She is a journalist, writer, yoga teacher, minister-in-training, and full-time dog walker of Millie.