This journal article features an extract from the book “A Balanced Life” by Kimberly Parsons published by Quadrille.
You can purchase a copy here.

The Sanskrit word chakra translates literally to ‘sacred wheel’ or ‘disk’. The life-force energy (also known as chi or prana) that moves inside you is constantly spinning and rotating. This clockwise spinning energy has seven main wheels (chakras) in your body, starting at the base of your spine, moving up to the top of your head. These swirling wheels of energy correspond to dense areas of nerve activity (nerve ganglia) and major organs within the body – a network of 72,000 channels (called nadi in Sanskrit, which translates as ‘tubes’ or ‘pipes’) that conduct an energetic life force throughout our body. These energy channels form a nerve network and meet in seven major confluences, known as the chakras. 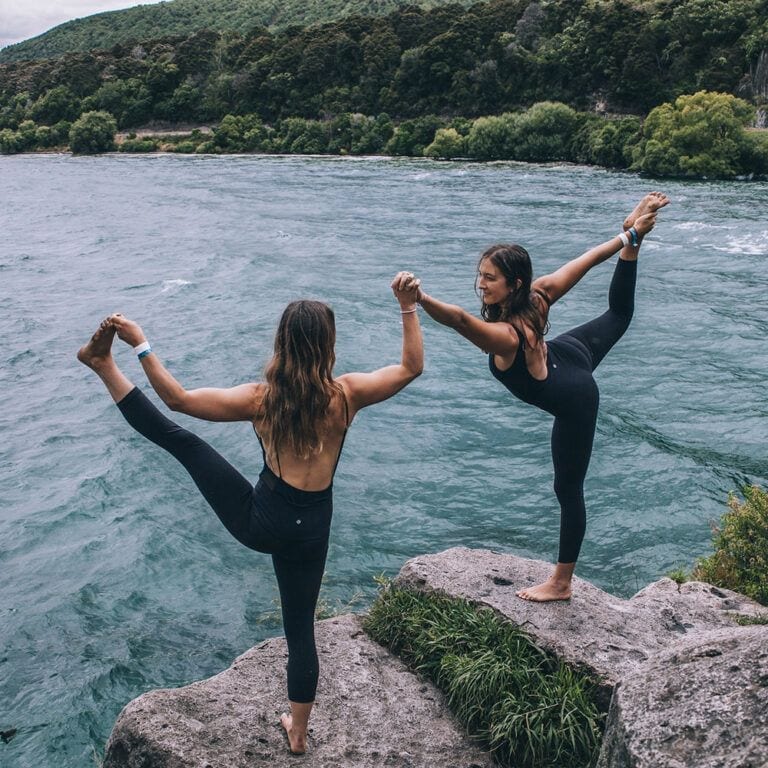 More than four thousand years ago, the ancient yogis of India described a second, subtler nervous system that exists alongside our physical nervous system. The seven chakras represent that energetic anatomy and are part of the subtle body, which comprises our physical, energetic, emotional, mental and spiritual states of being. They are linked to certain emotions, qualities, modes of thinking and feeling, behaviours, ego and different states of consciousness, including the most spiritual ones. This means each chakra corresponds to aspects of our human experience, such as our ability for love, compassion and forgiveness, our willpower, ambition and personal identity, perception of ourselves and the world around us, intuition and self-expression through speech and creativity, plus so much more.

Chakras do not function independently of each other or of the physical mind or body, but rather as the gears in the larger human experience – the mind, body and spirit. They work together as a unified system and should be considered a family unit of seven members who all work together.

Since chakras exist in the space between spirit and matter, at the energetic level of human existence, they can easily become clogged or dense due to emotional, mental, energetic and spiritual factors. The optimal activity of the chakras can be hindered by diet, stress, electromagnetic disturbances, inner issues triggered by certain circumstances and also the condition of our loved ones’ chakras.

Through involvement with the outside world, patterns within the chakras tend to perpetuate themselves; hence the idea of karma – patterns formed through action, or the laws of cause and effect. Thus it is common to become trapped in any one of these patterns. This is called being ‘stuck’ in a chakra. We are caught in a cycle that keeps us at a particular level. This could be a relationship, job, habit, but most often, simply a way of thinking. Being stuck can be a function of either overemphasis or underdevelopment of a chakra. The object of our work is to clean the chakra of the old, non-beneficial patterns so that their self-perpetuating actions have a positive influence and our life energy can continue to expand to higher planes. 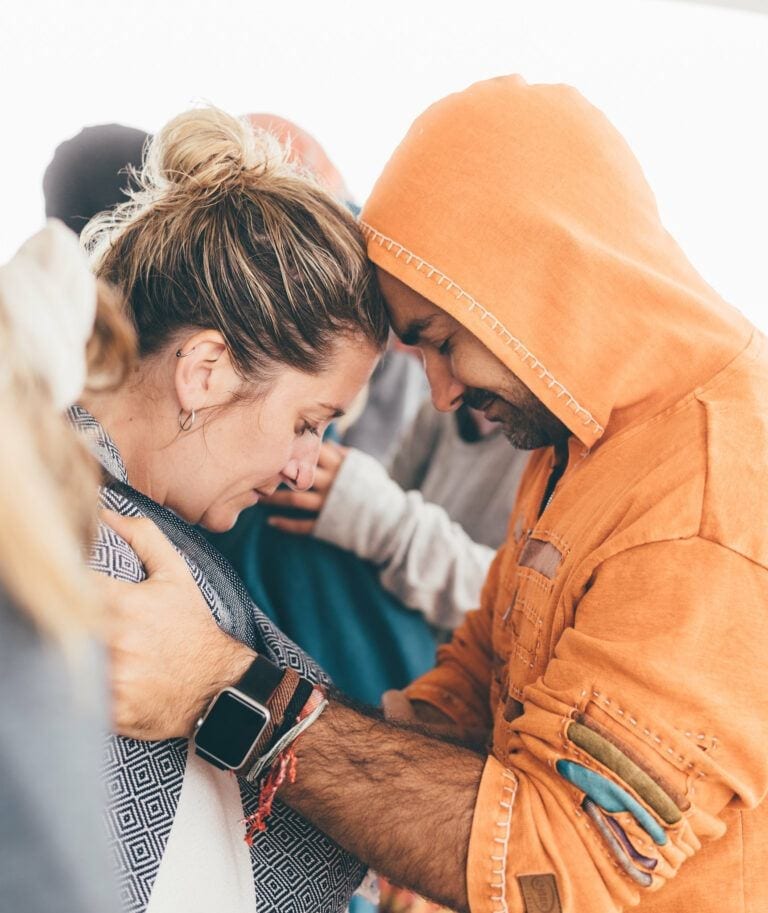 Each chakra has the ability to give us an unbelievable amount of energy and power if in alignment and we tune into it. Remember, chakra energy centres are often thought of as vortexes or wheels of energy, spinning just as the stars and planets rotate. But, if one of your chakras spins too quickly (excessive/overemphasis), is left too ‘open’, is blocked, or moves slowly (deficient/underdeveloped), you can feel out of balance, and lethargy and powerlessness can develop. Think of the chakras like the wheels and cogs of a car engine. The car has an optimal speed for conserving energy and avoiding too much wear and tear. If we drive too fast, it burns through the fuel, eventually running out of energy to keep it going while putting extra stress on its functioning parts. If we drive the car at a pace slower than its preferred optimum pace, then the car will take longer to reach its destination and never reach a temperature that warms the engine or tyres enough to function properly. This metaphor demonstrates that chakras like to spin at their individual optimal rate, so if a chakra gets ‘stuck’ in either an open or closed state, its rotation slows down and it sends a far smaller amount of energetic nourishment to the physical systems that surround it. This chakra then needs to be rebalanced and healed by uncovering and removing whatever is blocking it. If the chakra is not unblocked, this energy becomes stagnant and physical symptoms can manifest in the body. Negative emotions and physiological states can develop, leading to you experiencing the negative aspects of that particular chakra.

In a healthy, balanced person, the seven chakras provide the right balance of energy to every part of your body, mind and spirit, offering positive attributes cohesive to feeling balanced, energised and whole. Healing, balancing and opening the chakra system mark major life stages and phases in our emotional maturation, the crystallisation of our wisdom of life, as well as our spiritual progress. It is through the chakra system that we can transform and become an awakened spirit.

Chakras correspond to a certain colour, element or symbol, as well as many more touchpoints such as body parts, endocrine organs, gemstones, seasons and planets. The link between the chakras and their specific colours is much more than mere symbolism. When we shine pure white light through a crystal or if we look at a rainbow, the white light divides into its primary colours. Each colour corresponds to a certain wavelength of light, a frequency of energy. In view of this, we could say that each colour seems to have a certain physical wavelength that affects our body and psyche in a unique way. Accordingly, the colours appear in the chakra system in an ascending order of their wavelength – starting with the lowest frequency in the first chakra up to the highest frequency in the crown.

The seven chakras are a clear outline of all levels of human existence and development – beginning with the most earthly levels of instinct, impulse and our basic relationship with life on Earth (root chakra), and culminating in our most refined layers of higher mental faculties and connection with the infinite source of life (crown chakra). In this, they capture our journey of transcendence along which we overcome what is known as ‘the challenge’, or limitations and inhibitions of each chakra. Eventually, if we are able to ‘master’ the challenge, we unlock ‘the right’ of that chakra, enabling spiritual states of being, which demonstrate fearlessness, unconditional love, and a vast and expanded sense of self. 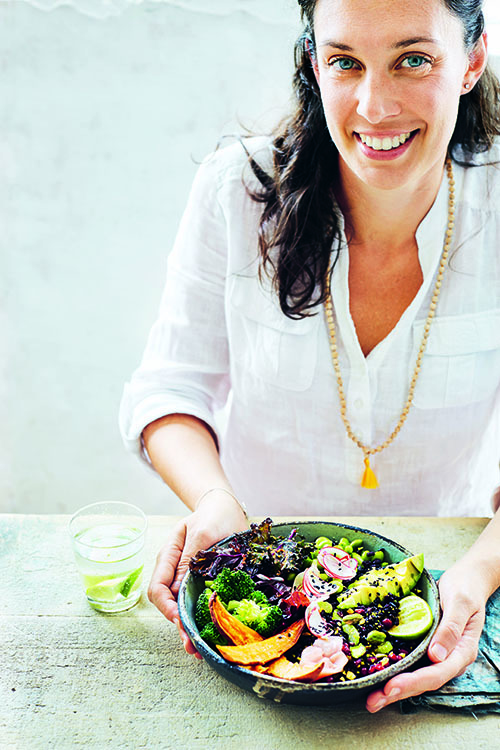 Kimberly Parsons is an Australian born chef, author and qualified naturopath. Her series of cookbooks titled ‘The Yoga Kitchen’ and ‘The Yoga Kitchen Plan’ use traditional yogic philosophy and eating principles for long-lasting, vibrant health and happiness. Her latest book, ‘A Balanced Life’ brings together her naturopathic and yogic philosophy in a beautiful health and lifestyle book to help us all find long-lasting balance. Kimberly spends her time cooking on health retreats all over the world and resides in the English countryside where she is a mother and enjoys cooking, gardening and writing. Believing wellness is not a prescription, but a skill, you can find Kimberly giving talks to corporate businesses and at other wellness-related events all over London.