Chances are, if you ask ten people what “bliss” means to them, you’ll get ten different answers. Bliss is a word that gets tossed around frequently in yogi and spiritual circles, but elicits a wide range of different reactions, from the cynical eye-roll to the eager head nod. But what does it mean to achieve bliss? And how do we know once we’ve achieved it? And most importantly, why does it make a difference?

What exactly is bliss?

Intellectually speaking, bliss is one of the main byproducts of daily meditation. And meditation, when practiced consistently, is one of the most reliable tools for accessing our inner state of bliss.

“But where is the bliss? And how do we know we’ve tapped into it when all we’ve done is think about our to-do list while sitting in meditation? Or we’ve played out conversations we recently had, and we’re not even sure if we’re doing it right?”

These are all very normal thoughts and ideas to have. But first, I want to ask, have you ever sat on your bed or couch while watching television or streaming a video late at night after a long day, and you reached a point where you felt like you experienced a time lapse? In other words, more time went by than you realized. In meditation, this phenomenon is known as going into the gap, which means you may also occasionally have the experience of a time lapse in between your thoughts, where more time goes by than you remembered.

The gap is a portal to our pure bliss state within. It’s such a serene state that making contact with it in meditation causes our mind to fall silent. However, we’re not aware of it while it’s happening. And after the fact, the only thoughts we were aware of were the thoughts and experiences we had just before and just after we were in the gap. Same as while watching television late at night. All we’re aware of is what was on the screen before and after we fell asleep.

The gap creates a temporary loss of awareness that can feel very serene and blissful. Not every meditation will feel like this, but it’s good know that when it happens, when you find yourself forgetting what you’re doing in meditation, that it’s not such a bad thing. In fact, those are the moments when you’re tapping directly into your inner bliss.

Bliss can be identified more tangibly as a loss of awareness, whether substantial or temporary. You are essentially in a thoughtless state of pure awareness, which is one of the experiences that makes meditation feel very blissful.

How can achieving bliss help me in my day-to-day life?

Bliss is also what we sometimes refer to as the “still small voice” within, whispering to us, reminding us to trust in our heart, to believe in ourselves, and to have no fear when we are facing uncertainty. Its mission is to forever inspire us, to reassure us and to compel us to be the best version of ourselves.

Of course, we all have moments of difficulty, but by accessing the bliss within, by sitting in complete awareness, we fortify ourselves to be able to withstand more and more of those stressful moments without losing ourselves in the process.

The way you’ll know that you’ve accessed internal bliss is demonstrated in the way you show up in your life, outside of your meditations. It’s bliss that allows for deep understanding, compassion, patience, humility, and most of all, love. It is an attitude that says, “When I’m at my best, I’m more apt to show up in life in a more powerful, thoughtful way.”

One of the most powerful benefits of accessing the bliss within is an increase in compassion. The inner state of bliss is our reminder of the inherent connection that we share, not just with other humans, but with everything we experience in our relative world. There exists now and there always has been a connection to every other being. When we can’t detect the connection, it’s easier to become afraid, intolerant, and angry at others for being different from you. But as we delve into the depths of our inner bliss, we will simultaneously begin to strengthen our ability to detect that thread of connection to others, as evidenced by our ability to express compassion, empathy and, ultimately, forgiveness.

Bliss is the field of infinite potential; the ocean of possibility. Anything we need to know, anything that is helpful or relevant for us as well as for others can be sourced through bliss, so long as we trust it to be so, and are courageous enough to take action. 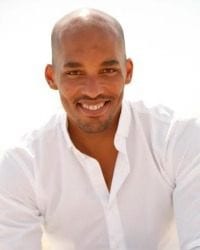 Light has been operating in the meditation space since 1998, first as a practitioner, then as an apprentice to his Vedic Meditation teacher, and finally as a teacher himself. Light‘s TEDx talk has garnered hundreds of thousands of views, and he is the founder of The Shine Movement, a global pop-up inspirational variety show on a mission to share the stories of regular people who are making a difference in the world. He’s currently based in Santa Monica, CA, but travels the world giving talks on happiness, mindfulness, inspiration, and meditation, as well as leading popular meditation trainings and retreats.