This article is part of a new series, From the Wanderlust Kitchen, celebrating real, good food. Receive a digital cookbook of this season’s recipes from chef Seamus Mullen and Wanderlust Hollywood by signing up here.

For chef Seamus Mullen, food was the answer.

Not only was it inspiration for his life as an acclaimed chef and restaurateur—but it also served as a key and defining factor in healing himself from the immobilizing pain he started to experience in the early 2000s.

Back then, he was working grueling hours at his first New York restaurant, Boqueria, when he started experiencing periodic, agonizing flare-ups concentrated in his shoulder, knee, or hip. At times the attacks were so severe it felt like a hot knife jabbing into his joints, rendering him immobile—quite the predicament when your job is to be on your feet in a bustling kitchen all day and night. Multiple trips to the hospital proved inconclusive: he’d leave with pain medication, but no diagnosis.

“It was very clear there was something very wrong with me,” Seamus says, looking back.

The breaking point came in 2007 when, one day, Seamus woke up with a pain in his left hip so excruciating, he couldn’t move. At all. After several hours of lying on his living room floor, unable to get to his phone across the room, a neighbor found him and called 911. An MRI showed that his hip was swollen with liquid, putting pressure on a nearby nerve. A few days later a then-33-year-old Seamus was diagnosed with rheumatoid arthritis, a chronic inflammatory disorder that causes the body to attack its own tissue, resulting in intense, uncontrollable pain in the joints. It has no known cure. “I thought, ‘Am I ever going to cook again?’ ” he says.

After his diagnosis, he reevaluated his lifestyle. At one point he sought advice from his grandmother. “She said, ‘you need to think about food and how food impacts this disease.’ ”

So he dove into research, looking into the ways food affects inflammation in the body. Much the literature at the time focused on what, and what not, to eat, “but things didn’t really jell for me until I met a pretty remarkable doctor named Dr. Frank Lipman,” Seamus says. Dr. Lipman took a keen interest in Seamus, working with him—a noticeable difference for Seamus—to see how they could restore his health, together.

Seamus started with a natural cleanse to reboot his microbiome, or gut health, and then slowly worked at fine-tuning a holistic lifestyle that included anti-inflammatory foods, but also less stress, more sleep, and a well-rounded exercise routine.

“Within six months, I woke up one day not in pain for the first time in 10 years,” says Seamsus, “and that to me was a pretty remarkable eureka moment.”

Today, Seamus is transformed. He’s a vibrant, active guy who is 45 pounds lighter and has been off medication for a year and a half. He owns four (and counting) restaurants in New York and London, is the executive chef of Wanderlust Hollywood, and is also an author, speaker, and avid outdoorsman who runs, bikes, and practices yoga.

“I went from feeling as though I was totally indebted to and at the whim of the medical system to realizing, wait, there’s a whole lot that I can do to take control of my health,” Seamus says.

“And of course, at the heart of all of that, was food.”

Hungry for more from the Wanderlust Kitchen?

Sign up for seasonal recipes, digital cookbooks, and inspiring interviews. 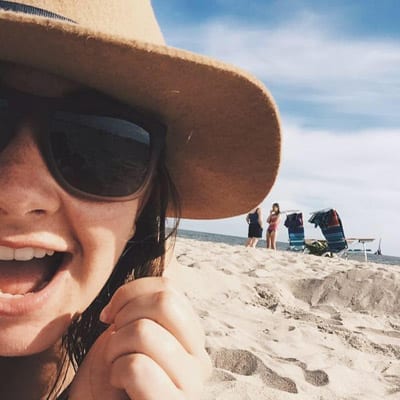 Grace Edquist is the associate editor at Wanderlust Media. A former radio DJ and summer camp director, she now spends her days writing, editing, and walking around Brooklyn. She enjoys a fine aged cheddar and spending as much time outdoors as possible.