The Bodhi Tree metaphysical bookstore for spiritual seekers was founded in 1970 in L.A., and many considered it to be the birthplace of the modern conscious lifestyle movement. Some of the world’s best-known authors, musicians, artists, visionaries, and wisdom teachers browsed and taught at the iconic store. Bodhi Tree is expanding with an online presence in early 2016.

In celebration of an ongoing partnership with Wanderlust, further explore and expand your consciousness with this free Bodhi Tree mini-reader download and free audio talks with Bodhi Tree speakers, including one with Terence McKenna.

In the 1960s in the United States, there were no yoga schools and no yoga teachers. If you wanted to study yoga, you had to go to India. There were also no health food stores. If you wanted to eat healthy, non-processed food, you had to grow it yourself.  Consciousness expansion was what everyone was after, from the fields of Woodstock to the halls of Harvard University, and consciousness expansion had a harbinger: The rebel psychologist Timothy Leary, once pinned by President Richard Nixon as “The Most Dangerous Man in America.”

It was the perfect storm for the U.S. to undergo a massive consciousness revolution, a revolution that resulted in the world we recognize today. It was brought on by a resistance to the stagnant values of the 1950s wherein everyone was expected to take the track of college, graduation, stable job, 2.5 kids, a white picket fence, and ultimately, to die as you lived: half-asleep. Even more-so it was brought on by the Civil Rights movement and powerful anti-war sentiments when the draft began to send young Americans to fight in Korea and Vietnam. The youth rebelled against the draconian system.

Turn on. Tune in. Drop out.

Leary was a psychologist at Harvard University with one goal—to effect change in human behavior. He had seen the traditional psychology models bring only limited success during many of his trials and experiments. He was looking for real growth, real transcendence, genuine healing. So when the opportunity to try psilocybin arose, he took it, and was forever transformed by what he experienced. He began to encourage and influence those around him to “Question authority.” His most oft repeated slogan became, “Turn on, tune in, drop out.”

Recently I caught up with Timothy Leary’s son, Zach. He and I met over 20 years ago at a conference at UCLA where Tim was speaking ago and hung out together here and there in Los Angeles—two oddball kids interested in consciousness expansion, attending events with audiences full of people mostly three decades our seniors. We became friends, and shared books and music playlists. (Zach turned me on to the novelist William Gibson, and the first time I heard the Smashing Pumpkins was in his living room in Hollywood.)

My final memory of visiting Timothy Leary before he died was walking up his driveway on a sunny day to see him in a wheelchair, surrounded by twenty-somethings playing basketball together. He was on the most alive people I have ever met. “You’re only as young as the last time you changed your mind,” Tim would say. He was in love with the ridiculous, and his spirit never dimmed, not even at death’s door.

“You have to understand, he wasn’t the age of the kids he taught—he was the age of their parents,” Zach recalls. “He was in a position of authority, and he was very convincing.”

In the early 1960s, LSD and other entheogens were not illegal yet. Even the CIA was testing the efficaciousness of these substances. As a university professor, you could apply for a grant, create a research study and obtain huge amounts of psychoactive substances for controlled experiments. That’s what Leary did. He was eventually fired.

Regardless, a new era was sparking to life: The Grateful Dead began their first tour across the United States, and the Beatles were traveling to India to study yoga and meditation. John Lennon even wrote the song, “Come Together” for Timothy Leary, which was meant to be a campaign slogan when Leary chose to run for governor of California. At the same time, hippies were dropping LSD and preaching to “make love not war” in an attempt to shift the calcified mindset of an entire establishment bent on profiting from war and destruction.

Leary’s “dangerous” ideas were rapidly becoming the flagship of a social revolution, and he became the target of governmental agencies. He was arrested for possession of a small amount of marijuana and thrown in prison. Ironically, while at Harvard, Leary had authored the test designed to determine the mental health of prison inmates. He passed his own test with flying colors and was given duties as a gardener, where he was able to escape from prison and meet a waiting car and a plane ticket to Algeria, and then to Switzerland. The CIA caught up with him in Afghanistan, and he was recaptured and incarcerated for another two years.

After he got out, he moved to Laurel Canyon and continued his writings and teachings as a “stand-up philosopher.” He was sure that science was on the verge of mapping the human brain, and that it would change the world. He was right, although he didn’t live to see it.

“Tim was one of the most passionate people you’ve ever met. He had an incredible work ethic,” said Zach. “He instilled in me that courage to find your passion in life and dive in head first.”

Zach remembers his father as a futurist, researcher, and spelunker of consciousness. “What made Tim and Richard Alpert (Ram Dass), Terence McKenna, and William S. Boroughs different was they could translate the psychedelic experience into layman’s terms. They could talk about inter-dimensionality of consciousness in a way that even ordinary people could get it,” said Zach. “That’s really hard to do.”

Knowing that Leary loved to hang out with rock stars, film stars, scientists and consciousness advocates, I asked Zach who he would be friends with if he was alive today. “Ed Snowden, for sure. Elon Musk. He would be enthralled by Miley Cyrus. Tim loved the artists who encouraged people to question authority.”

His most famous call to question authority has inspired generations since:

Admit it. You aren’t like them. You’re not even close. You may occasionally dress yourself up as one of them, watch the same mindless television shows as they do, maybe even eat the same fast food sometimes. But it seems that the more you try to fit in, the more you feel like an outsider, watching the “normal people” as they go about their automatic existences. For every time you say club passwords like “Have a nice day” and “Weather’s awful today, eh?”, you yearn inside to say forbidden things like “Tell me something that makes you cry” or “What do you think deja vu is for?”. Face it, you even want to talk to that girl in the elevator. But what if that girl in the elevator (and the balding man who walks past your cubicle at work) are thinking the same thing? Who knows what you might learn from taking a chance on conversation with a stranger? Everyone carries a piece of the puzzle. Nobody comes into your life by mere coincidence. Trust your instincts. Do the unexpected. Find the others. 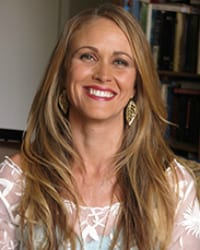 Kaia Van Zandt is the author of Written in the Ashes, an esoteric novel about who burned the Great Library of Alexandria, Egypt. She is currently the marketing goddess for the Bodhi Tree, leads yoga retreats in Europe, and wild dolphin trips in the Bahamas. Her beloved writing mentor is bestselling novelist/humorist, Tom Robbins.