Madhuri Phillips is a Speakeasy presenter at Wanderlust Festivals.

My first foray into yoga was unintentional.

I had a dance injury but still wanted to move my body while I recovered. I quickly became more interested in the connection between one’s mind and yoga, even more so than the physical aspect of the practice. I recognized at a young age that the body is susceptible to injury, illness, and decay, while the mind is an elusive and powerful beast: A beast I naively thought I could learn to tame and master by the age of 25. Naïve or not, I set out on a quest to do so.

A series of serendipitous events landed me in the poorest state of India at the Bihar School of Yoga, the world’s first “yoga university.” I had no idea about gurus and certainly wasn’t going to bow down to anyone. Being a self-proclaimed atheist and feminist, I was sure I knew what I was doing and didn’t need help from anyone else, thank you very much. Six months there taught me as much about what I didn’t know as augment that which I did.

Like a moth to a flame, I entered ashram life as if it were as natural as the birth of a new day. I loved the simplicity and rigor of constant karma yoga that consumed most of my time at the ashram. I found an odd satisfaction (even pleasure) cleaning the toilets before dawn, seeing the sunrise everyday, and practicing periods of mouna (silence).

One night after a prophetic dream, I awoke and set off to find the barber who came to the ashram once a week to shave all the swamis’ heads. I sat down on the ground and signaled to him. He began to snip away my locks that kissed the middle of my back. Once there was enough of a clear-cut of the forest on my head, he went in skillfully with the blade and shaved my head to the scalp.

It took days for some people in the ashram to recognize me, and many of the Indians in my class thought I was nuts—a Western woman shaving her head?! I took initiation with my Guru, received a personal mantra, and was given my spiritual name, Madhuri, which means inner beauty, inner sweetness.

As a lifelong overachiever, I became the best lil’ yogi out there, embracing karma yoga to the point of exhaustion and chanting my heart out every night at the evening kirtan.

I was on the road to becoming a swami if only for one thing—love. My beloved was back in Vancouver, and he was never out of my mind nor my heart. I was not destined to live out my days wearing orange pajamas and renouncing everything in the material world: Friends, family, boyfriend—all adventures beyond the ashram walls.

Because I knew that committing to the ashram for the long haul wasn’t my path, I always felt like I had one foot in the world of the ancient sannyasin tradition and one foot in my life outside. Yet the inner shifts that I experienced during my time at the ashram were palpable and affected my life completely.

After leaving the ashram and re-integrating into my life, things started to crumble around me. I was not established in myself. I was, instead, floating jetsom in the river of two conflicting lives that didn’t seem to have a merging point in sight. I lost my relationship and felt displaced for years. All the while I taught yoga in earnest, trying to convey to so many students over the years that the practice is much more than just sweating in downward facing dog.

Only now, 15 years later, have I come to realize that yoga is not about wearing the latest yoga pants, nor is it necessarily renunciation and escaping our responsibilities in the world.

Yoga is the expression of humanity that connects us to the truth of who we are—divine beings of spirit. We are all infinitely powerful creators.

Unconsciously, we create struggle, pain, and illness. Consciously, we choose who we are and how we want to be in the world despite what curveballs life throws at us.

Yoga is not about being good … or holy … or righteous. Yoga is about unraveling all of the threads of the glorious tapestry of our life, laying it out, and saying, “YES!” When we say yes to all that we are and embrace the shadow that we neatly tuck away (so that no one will think the horrible things about us that we think about ourselves), this is the beginning.

When we take complete and utter responsibility for our life and choose to abide in the richness and love of existence—these actions epitomize yoga.

Only when you take complete responsibility are you able to construct the framework and foundation of a pure yoga attitude for all the downward facing dogs you will ever do. Your practice should not be undertaken without awareness. Awareness is what makes any action yoga. When we wake up and realize that we are not our parents—nor the conditioning of society, nor who we were yesterday—we create ourselves anew from the present.

Allowing yourself this gift of transformation unleashes you from the constraints of a limited life, and opens you up to a connection more powerful and beautiful than you could ever have created. You do this by aligning yourself to the source of all that is.

We have certain lessons to learn before we can move to the next level of awareness, of being. Often those lessons come as challenges that force us to confront the shadow that is so neglected. Yoga allows us to confront those shadows and open ourselves to the possibility of awareness and true being, but only if we bring our truest selves to the mat. 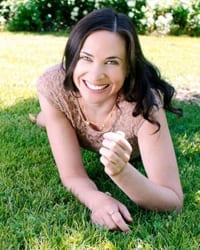 Madhuri is a yoga teacher trainer, Clinical Ayurvedic Specialist, Bio-Energy Healer and Desire Map Facilitator. She created the Madhuri Method: Ayurvedic Yoga Teacher Training for yoga teachers after teaching for 15 years and witnessing the need for the merging of Ayurveda into yoga classes in the mainstream. Madhuri has had the honour of teaching at: NAMA (National Ayurvedic Medical Association); Wanderlust; Vancouver, Victoria, and Toronto Yoga Conferences, as well as being a teacher and guide to many students in India, England, Mexico, and North America. She has an Ayurvedic Yoga DVD and is the co-author of “Your Irresistible Life: 4 Seasons of Self-Care through Ayurveda and Yoga Practices that Work.”