Want more from Nadia? Learn from her in person at Wanderlust San Francisco, one of our inaugural 2-day Festivals. It’s like the Wanderlust 108 you know and love—all grown up. Experience the teachers, classes, community, and magic of a traditional Festival, right in your backyard. For tickets and more information, click here.

Reverend Nadia Bolz-Weber says that she had her ass saved in a church basement, not a church sanctuary. Nadia grew up going to a traditional church in a conservative Christian denomination three times a week. As a teenager, she was troubled by what she felt were contradictory teachings and ended up leaving the church for a life of heavy drinking and drug use. Ten years later, she realized she needed to get clean, and started attending 12-step meetings. It was these meetings in church basements that Nadia credits for helping her to redefine and reestablish her relationship with God.

During these years, when Nadia’s nascent faith was beginning to reemerge as a driving force in her life, one of her good friends—also a recovering alcoholic and fellow stand-up comedian—lost his struggle with bipolar disorder and committed suicide. In the wake of his death, Nadia’s community turned to her (one of the only ones among them with a faith practice) to perform the funeral. As she looked out across the mourners, a motley crew of academics and queers and recovering alcoholics and comics, she became aware that this gathered crowd of misfits had no real home in which to hear this traditional message. They had no pastor. „Oh shit,“ she realized. „I think that’s me.“ She entered seminary shortly thereafter and was ordained in 2008.

Nadia’s book—Shameless: A Sexual Reformation—came out in early 2019. To help promote it, Nadia asked women in her community to mail her their purity rings, which she melted down and sculpt into a vagina and presented it to Gloria Steinem upon completion. We sat down with Nadia to hear her take on Christianity, religion, sex, and shame. Watch above to hear her take, and then read on below for more.

Wanderlust (WL): Let’s start right off the bat talking about this idea of sin. Is sin real?

Nadia Bolz-Weber (NW): I think a lot of people are very turned off by the term „sin“ because of the way it’s been used against people, because it’s like somebody implying that you’re bad and immoral. If you really strive in your life to be a good person, the last thing you want is someone being like, „You’re horrible and you should feel bad about it.“ But, there’s an author named Francis Spufford and in his book Unapologetic, he redefines, instead of using the word „sin,“ he uses this term „the human propensity to fuck things up.“ And then you’re like, „Oh, I definitely have that.“ Right? Like, there’s something in me that no matter what, I’m gonna end up hurting people, or I’m gonna end up having selfish motives about something that I pawn off as being virtuous motives for something.

WL: Is organized religion a symbol system that causes people this kind of pain or trauma that they then need to reconcile?

NW: I think religion, especially when it comes to messages around our sexuality, causes a really particular type of harm in us. Now, the culture, the broader culture, also has some very damaging messages. There’s the commodificationwa of sex. You can „know“ how worthy you are of desire according to how close you are to a body ideal. Once you’re too old, or too fat, or too plain, you’re no longer worthy of sexual desire and so there are these damaging messages that society gives us around the commodification of sex.

I sort of hesitate to indulge in the sin of false equivalency though because messages from religion, those go down to our created place, our source code. Those seep into us in a very deep level and the difference is that the society has … our society has never said that the creator of the universe is disgusted by my cellulite. Do you know what I mean? So, the religious messages are saying, „This is God. God feels this way about you as a sexual being.“ And that can be pernicious in a very particular way.

NW: My mother, bless her, who is an amazing woman, who I have a great deal of respect for, you know, handed me a Christian sex-ed book and was like, „Let me know if you have questions.“ The basic message is that, men are supposed to be the leaders and they’re supposed to have this competency in the world and what the real focus for girls is trying to be as pretty as possible and quiet as possible so that you can attract them so that they can take care of you and you can have babies.

WL: How did we get there? I mean, in the Bible, especially the New Testament, Jesus is hanging out with prostitutes. How did we get to this point where all of a sudden, women were the quiet demure and men were superior? What happened in the church? How did sex and femininity become marginalized?

NW: I think a lot of the sort of really misogynistic interpretations of scripture, and also the fear of sex stuff that came into Christianity came in with a lot of the church fathers, a lot of the original interpreters of these texts and theologians in the Christian tradition. They were doing what really any of us can do, which is going, „We have some concerns with ourselves and the world, and we’re going to go to this sacred text and see what kind of direction we can get.“ Well, Augustine interpreted the Garden of Eden story in a really particular way that we are so influenced by that we don’t even know the difference between the text and his interpretation.

WL: Where did the idea of shame come from, and why do we feel it? How does it sort of creep in to our everyday lives?

NW: I see shame as being this hidden thing that drives us sometimes, because it’s this dark thing that I need to make sure nobody sees. I need to put all this energy into pretending something about myself is not true or something about myself is the whole truth. Or I need to make up for it, or I need to keep proving myself, or whatever because of this suspicion I have that something’s bad about me. I think if we could bottle shame as an energy source, it could easily replace fossil fuels, because it can really be this driving thing in our lives. But what it will never lead us to is freedom. Never does shame lead us to freedom. 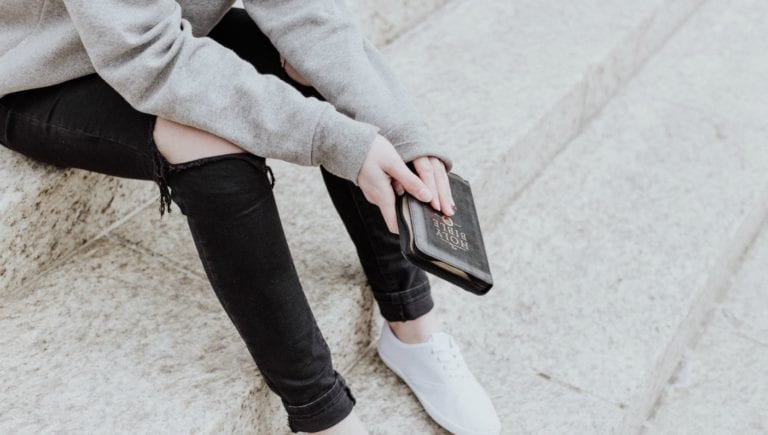