For more than 40 years, YOGI TEA® has stood for delicious herb and spice teas that are based on unique Ayurvedic tea recipes with roots in the 3,000-year-old Indian philosophy

Yogi Bhajan, a master of Kundalini Yoga, came from India to the West at the end of the 1960s. In his yoga classes, he shared his spiritual knowledge with his students and served them an aromatic spice tea, which they affectionately named “Yogi Tea”. The enjoyment of the tea with its pleasant smell and taste led the students to inner calmness and serenity, opening them to the world of Ayurveda as a philosophy. Yogi Bhajan inspired them to seek their spiritual equilibrium in the daily practice of this Indian world view. It also includes “mindfulness” towards fellow human beings, nature and oneself. Yogi Bhajan invited his students to pause, reflect on themselves and find inspiration for their souls.

The unique Ayurvedic tea blend based on an original recipe by Yogi Bhajan with cinnamon, cardamom, ginger, cloves and black pepper is now known as YOGI TEA® CLASSIC. It was first offered in Europe in the 1970s and officially sold under the brand name of YOGI TEA® starting in 1989. People from around the world now appreciate the special flavours of more than 80 selected certified organic herbs and spices that give the 50 varieties of YOGI TEA® their incomparable aroma. 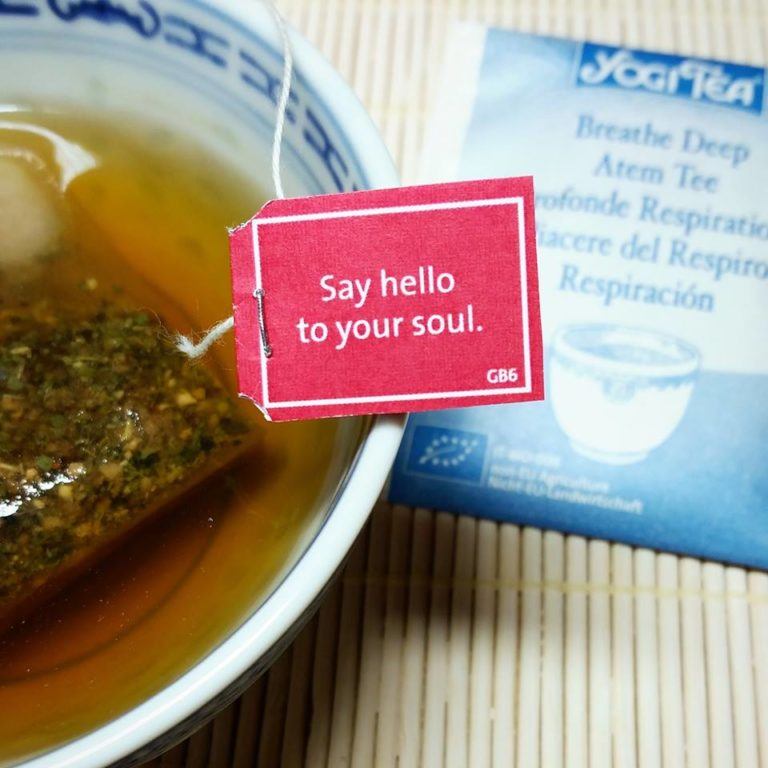