Joan Hyman is a Wanderlust Festival mentor and teacher at Wanderlust Hollywood. Check back for this monthly series describing different styles of yoga, and find one that most resonates with you. Taking the time to find your personal style increases the chances of your commitment! No matter what style you choose, yoga leads to the same end: to cultivate a deep connection, a union, of body and mind.

Ashtanga Yoga can be found in many studios these days, both close to home and across the globe. Ashtanga is what helped plant the seeds of Vinyasa flow yoga, and at its core, this is a practice of linking breath and movement. Ashtanga was developed by Krishnamcharya in the 1930s for his students, mostly adolescent boys. He combined flowing postures offered in a specific sequence to cleanse the body. His inspiration came from traditional hatha asana, British gymnastics and Indian wrestling. Krishnamacharya received these teachings from his Guru from the ancient text called the Yoga Korunta. His system was passed down to one of his most dedicated disciples, Sri K. Pattabhi Jois, who spread it around the world almost 40 years later.

Ashtanga yoga is a devotional practice that can reap amazing benefits. When taught fast, beyond the student’s ability, however, the practice can stoke the ego. Unlike Vinyasa, Ashtanga is taught in sequential series, which—in particularly strident studios—the student is not permitted to move to the second series until she has mastered the first. Series are traditionally taught by a qualified teacher who has spent time learning from Sri K. Pattibhi Jois, or his grandson Sharath. Traditionally taught in “mysore style” (named after the city in India where the style originated), Ashtanga students move through the practice at their own pace, and are encouraged to practice five to six times a week, repeating the same sequence each day until they are able to move from pose to pose with fluidity and ease. Only then do they begin learning a new posture.

The Ashtanga system has six series, which increase in intensity over time. An Ashtanga class is made up of four parts: An opening sequence of 10 sun salutations and a series of standing postures, one of the six series, a back-bending sequence, and a finishing sequence. Then, as in every yoga class, savasana, the body’s opportunity to replenish, or as called in India, “Take Rest.”

The true lesson of practice comes when you move through this initial phase into a daily devotional relationship with the practice. Postures at first are fun and exciting, but for many students—when they realize they need to maintain the same level of intensity every day, the thrill wears off. Sometimes students may not lack the physical ability to achieve the pose, but the endurance required to sustain a daily practice over many years. The beauty of Ashtanga is in this intensity, in this test of endurance. It is in the daily practice that we remember it is a practice—that it will change just as your life changes. We use this practice as a daily ritual to connect to a sense of source that our breath can guide us to.

While each body is different and each person will experience their practice individually, Ashtanga yoga rests on three truths that do not change, no matter who you are or what you are capable of on any given day: breath, bandhas, and drishti. Together, these three pillars help cultivate a deep sense of flow and meditation as one moves from posture to posture.

BREATH: The ujjayi breath is heating and the sound acts as a mantra to focus the mind.

BANDHAS: The bandhas originate from the connection to breath and an understanding of how to access the abdomen and pelvic floor muscles through postures.

DRISHTI: The drishti is the gazing spot for the eyes to softly rest which creates a sense of alertness and introspection.

Pattihbi Jois was known as saying that yoga is 99 percent practice and 1 percent theory. Theory is important—to read about it, talk about, to understand what you are doing—however, to understand the benefits of this fiery transformational practice, one needs to practice it.

The strong foundational practice of Ashtanga is why people find it intimidating. The first time I tried Ashtanga, I was nervous—I actually left the room. I was guided back by a friend, and decided to trust the process and let go of my fear. I realized it’s not about being strong or flexible: It’s about having the ability to commit. I have now practiced Ashtanga for 15 years. What it has taught me is a deep sense of devotion, trust, and discipline—which have become my personal pillars of this practice.

Full disclosure: It’s not an easy practice. It can burn at times, leaving my body sore and my ego grumpy, but when I leave my mat, I am transformed. The dullness I bring into the room is the clarity I walk out with. I couldn’t picture any other way to start my day with the bright energy this practice offers. 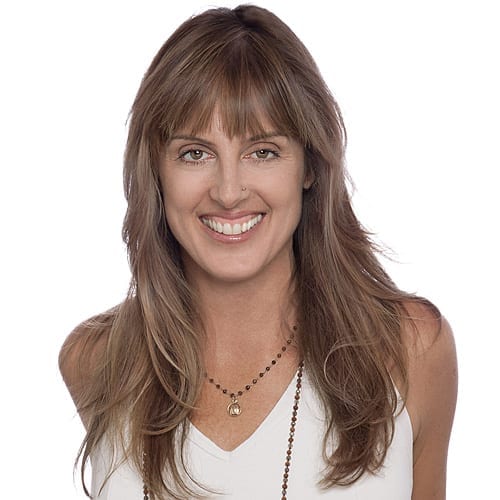 Joan’s grounded teaching style creates space for students to deepen their personal journey while aligning with teachings of true yogic traditions. Joan frequently shares her insight on the subject of health and wellness in national magazines and blogs, including Elephant Journal, Mind Body & Green, Yoga Journal, ORIGIN Magazine and Women’s Health. She currently has a thriving career as a Wanderlust Senior Teacher (E-RYT500) and leads yoga retreats, workshops, and teacher trainings all over the world, while maintaining a full yoga class schedule in Los Angeles. joanhyman.com