This piece is part of a month-long Wanderlust and YOGANONYMOUS series about the power of journaling.

Temping as an archivist for the federal government, my work was sporadic. A particular project could dominate a week, the deadline would pass, and all would be quiet for the next few days. In the intervening time, I pulled out my journal. Less obtrusive than a novel or my iPod, my blue-and-white notebook looked professional enough that passerby might mistake it for an official assignment. I’d kept a diary on-and-off for years, but post-college, journaling took on a new significance. My commonplace book became a kind of tether: cheap therapy, assisting my failing memory, retaining passwords and quotations and endless lists.

Back at work, I wrote about my frustrations at work and insecurities about my body, burgeoning queerness, and my relationships. Frequently, I copied down my weekly horoscope.

I did this in my neatest handwriting. I wanted to wield the same control over my journal that the cosmos might exert on my life. Writing very, very neatly takes time. When you’re stuck in a cubicle trying to pass the time, longhand is appealing. And when you’re dreaming of working somewhere else, astrology is appealing. The future is near, or at least nearer.

I subscribed to several astrological-themed e-newsletters and brightened up considerably when they appeared in my inbox. I wrote down the astrologists’ predictions for a Leo. I wrote down their predictions for Virgo, too. My birthday is somewhere towards the end of August, and both Leo and Virgo resonate with me in different ways. On my bravest days, I was a Leo—blazing and confident. Day-to-day, I felt more like a Virgo—a little more subdued or introverted, but no less creative. So I copied both into my journal. I wasn’t sure if I was doing astrology “right,” but this was personal, so I decided it didn’t much matter.

One of the most meaningful moments in this practice is undated in my journal, but it came towards the end—towards the end of my journal and the end of my stint working for the feds. It’s from Chani Nicholas, one of my favorite astrologists, and it felt eerily prescient. Reading it for the first time, time slowed. That’s what it feels like to read something at precisely the right time. I copied it into my journal. Here’s an excerpt:

“If it’s in your heart it can be in your life. If it’s a part of your soul, it’s your duty to bring it into being. If it’s something that you just can’t live without, you should dedicate the next two years to bringing it into form.

It can be done.

But like the contractions that bring the baby into the world, birthing anything into being is a process of expansion and contraction. You’ve got to be willing to lose your original shape. You will become a different person. You’ve got to make room for it. Your life will be rearranged. You might feel infringed upon. Your own wants might become secondary to what you need to do…”

This confirmed for me what I knew I needed to do: quit my office job, well-paying it might be, and make my way freelancing and bookselling. Poorer, but happier. I was terrified. But Chani’s words gave me strength. I was not alone. Someone believed in me. Maybe the entire universe believed in me. I needed to believe in me, too.

If you’re interested in making your horoscope a part of your journaling process in 2016, check out a few of my favorite astrologers/storytellers: 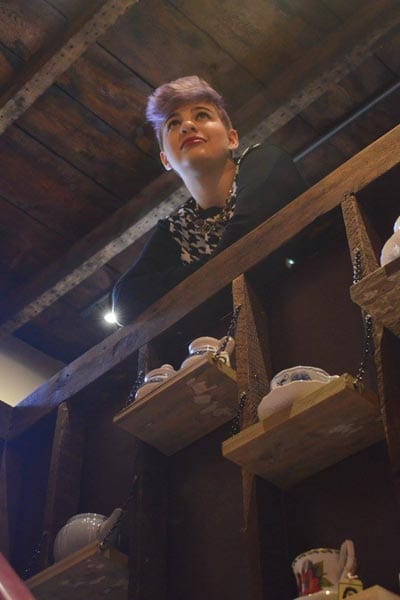 Emily Perper is a Contributing Editor at Longreads. When she isn’t digging up the best longform journalism the internet has to offer, she can be found freelancing in her favorite coffeeshop, working at her local indie bookstore or stage managing plays. Her blog is called Diet Coker, and she haunts Twitter, Instagram and Goodreads in equal measure. Her current journal is a red Moleskine.