Skip to Main Content
Photo by Clem Onojeghuo
Many of us have been there: It’s a Friday evening, and there are no plans on the calendar. It’s been a while since the last significant human touch, and the body is craving intimacy. You pick up your phone and open the dating app of choice—it’s just so easy. But is it possible to mindfully hook up? Can this easy world of manufactured intimacy actually lead to intentional and purposeful relationships? According to Human Connection Specialist and coach Mark Groves, they absolutely can—but it’s complicated. Let’s get the debate about one-night-stands out of the way right off the bat. Mark thinks that you can of course sleep with someone after just meeting them and be in your integrity—as long as it’s your integrity. “The challenge with it is that most people that are seeking that kind of thing are disconnecting from themselves emotionally to do it,” says Mark. “Or they're using sex as a way of getting love and affirmation but really, they're afraid of true intimacy.” To boot, says Mark, the science doesn’t favor one-night stands. When we have sex, oxytocin is released—the so-called “love hormone.” (It’s the same hormone released during childbirth and breastfeeding.) The hormone stays in male and female systems differently. Testosterone shortens the half-life of the hormone, meaning that it only stays in a man’s system for a few days; for women, it can linger for a couple of weeks. As such, Mark questions whether sex is ever really just sex… but it can certainly be a mutually beneficial short-term experience, provided that both partners are on the same page. “I think it takes a lot of mindful communication and a lot of honesty, but it also takes managing the person's expectations and their feelings, and having a dialogue about that,” he says.

Just as being honest with yourself around your feelings and expectations about one-night-stands is crucial if you’re going to find enjoyment and fulfillment in them, these kinds of evaluations are also essential regarding how you feel about relationships in general. If you’re not looking for a relationship, don’t pretend that you are. “I think we often represent what will get the most right swipes,” says Mark. “And then when they fall in love with us and we have the coffee, then we’ll tell them the truth.” Bottom line—even though they’re easy, and seemingly a dime a dozen, a simple right swipe isn’t “just” a swipe, or just a date. “If you’re living at your high level of integrity and your value systems, I always ask people what are actually swiping right to?” Mark believes that every decision in life is a choice—it’s never just a Thursday night or just coffee. “Everything you choose you’re making a choice that could be something else. So, when we settle, or misrepresent ourselves, you’re saying you’re not worthy of what you actually want.” Sometimes this can manifest on an energetic level, even subconsciously. People often complain to him that they only meet jerks online. His answer? It’s got to be something they’re doing subconsciously. We all get the same pool of people, he says—“it’s not like other people get the nice guy or girl pool and you get the a**hole pool. You’re doing something different.” There are hidden lessons in that, silver linings of what we get out of using these kinds of tools and technology. “Online dating is actually discovering what we are subconsciously drawn toward,” says Mark. “What’s powerful about apps is that they actually allow you an opportunity. Like any tool, I can give you a hammer and you can build a house, or you could kill someone. It’s the same using the app. Do you use it to participate in relational dysfunction?” [caption id="attachment_105583" align="aligncenter" width="768"] 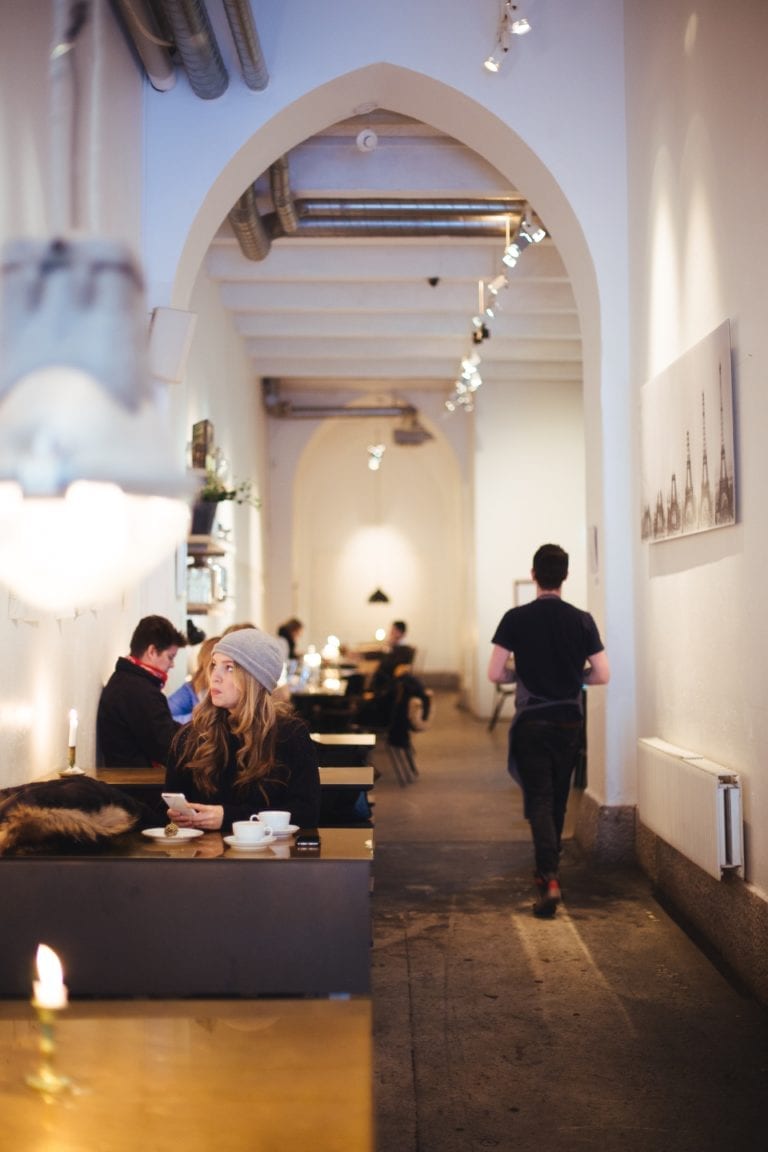 Are Dating Apps the Problem?

As easy as it is to blame a bleak dating scene on the rise of technologies that may allow us to represent ourselves inauthentically, unhealthy relationships are hardly a consequence of dating apps. “Our model of relationship is codependency,” says Mark. “Patriarchy is codependency.” The patriarchy model dictates that a man—the protector—must give up his dreams and desires to get a job, work, and provide for his family. A woman—the caretaker—must give up her dreams and desires to raise the family and take care of the man. “So in a lot of ways,” Mark says, “avoiding who you are, not honoring who you are, and ignoring what you truly what—that’s the normal relationship. Until there’s a rebellion, which you see happening a lot right now. The divorce rate is skyrocketing for people in their 60s and 70s.” With this as our collective understanding of romantic dynamics, Mark ultimately thinks that the way we use dating apps isn’t so significantly different than the way we’ve dated forever. “How you date online is just going to be a magnifying glass to how you date normally,” he says.   Additionally here are some significant benefits of dating apps, that Mark says are helping to open up new relational opportunities. The increase in the number of interracial relationships is foremost among them. Dating apps can expose us to people we may not otherwise meet. This not only gives us more racial diversity in our dating pool, but also expands the experiential backgrounds of the people we meet. This can only help to create a more inclusive, diverse world. All in all: It’s not the tools. It’s the way that we use them. That’s a relationship we can all work on.   —

Lisette Cheresson is a writer, storyteller, yoga teacher, and adventuress who is an avid vagabond, homechef, dirt-collector, and dreamer. When she’s not playing with words, it’s a safe bet that she’s either hopping a plane, dancing, cooking, or hiking. She received her Level II Reiki Attunement and attended a 4-day intensive discourse with the Dalai Lama in India, and received her RYT200 in Brooklyn. She has served as Director of Content at Wanderlust and is co-author of The Yoga Almanac . You can find her on Instagram @lisetteileen.