Can you imagine what your life would be like without the presence of fear? Not in a way of being overly risky or courageous, but in a way of actually being incapable of experiencing fear as an emotion—what would that be like?

In a recent episode of National Public Radio’s new podcast “Invisibilia,” host Alix Spiegel explains how the abundance and intensity of stimuli in the modern world evokes a high level of fear in most of us—often unnecessarily.

True fearlessness actually does exist, however. It’s an effect of an extremely rare disease called Urbach-Wiethe. Only about 400 people have ever been recorded with the condition. Symptoms include a hoarse voice and small bumps around the eyes, as well as calcium deposits in the brain. When deposits form in the amygdala structures (the area in the brain that is critical for processing emotional fear), the response of fear is subdued. In the particular Urbach-Wiethe case discussed in the episode—that of a woman referred to as “SM”—the subject’s fear emotion has been completely eliminated.

The amygdala in SM’s brain had completely calcified. “Which is why, biologically, SM [can’t] feel fear,” says Spiegel. “That bit of brain [can’t] signal to the rest of her body that it [is] time for her heart to start racing and her palms to sweat.”

The segment then explored the dangers associated with not having fear—such as increased vulnerability to dangers that most people would try to avoid. SM uses logic, rather than emotion, to try and avoid danger. SM does not see dangerous situations as threatening, so they do not evoke the trauma that we would associate with them.

“It seems like such an odd bargain,” says Spiegel, reflecting on this revelation. “If you have no fear, more terrible things will happen to you, but you don’t personally experience them as terrible. If you have a lot of fear, fewer bad things are likely to happen, but it’s very probable that your life is more painful to you. So is it better to be fearful or fearless? Which side of the continuum do you choose?”

“So is it better to be fearful or fearless?”

As Urbach-Wiethe is so incredibly rare, it’s not like the rest of us who have the fear emotion can just choose to suppress it. What we can do, however, is shift our perspective on what we choose to define as scary, dangerous, or threatening.

Your fear emotion is conditioned to kick into gear, but you can train your brain to come from more of a place of logic and discernment, instead of straight panic or worry. The key is take out the trauma around the fear itself, since so often we are fearful of the projections of what could happen, rather than what actually plays out.

We are conditioned to be careful, to be scared, to avoid, to run, to hide. This so often can pull us away from the experience of being vulnerable and open, which detracts from the full experience of life. Give up fear when you can, and rely on it when you must. Use your head to define the weight of the situation, and free yourself of traumatizing thoughts and debilitating stories.

Listen to the full episode here. 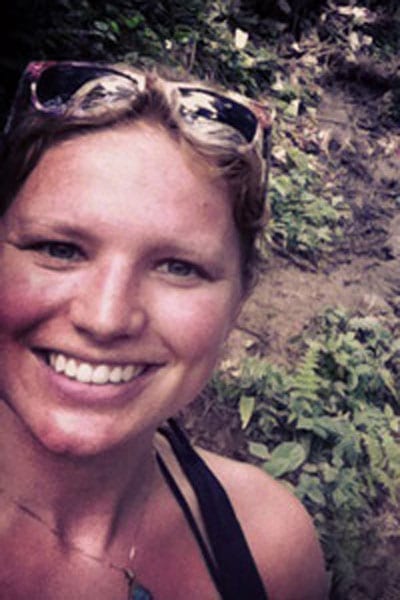