Skip to Main Content
Photo by Keegan Houser
James Brown (not that James Brown) is one of the world's leading experts in Vedic meditation, founder of Flow Meditation, and has appeared at Wanderlust Festivals.  I had tried it all—Buddhism Mindfulness, guided meditations, Vipassana... And at one point in my life, I finally gave up. I was convinced my mind and my life were just too crazy to meditate. And then I discovered Vedic Meditation. It couldn't have come at a better time. I was married, we’d just adopted our first baby, and I had a terrible job I was in danger of losing. I was exhausted and stressed-out and needed meditation more than ever. I attended a lecture and learned that there was a different way to meditate, referred to as “the householder’s practice.” The term meant this style was intended for people in the world, with jobs, noise, relationships, sex and the complications of it, maybe some kids and the complications they bring, busy schedules full of interruptions… in other words, people like you and me. This approach to meditation was about 1,500–2,500 years older than Buddhism. And it was, the teacher said, easy. Given my past experience, I was VERY skeptical, but decided to give it a try. Within the first two sessions I found the Vedic practice to be liberating, enjoyable, and doable. And so I did it, everyday. And because I was meditating every day my life began to change in all kinds of ways: My sleep improved within the first couple of weeks. I started feeling less stressed and more grounded. I found that I was happier, for no particular reason. It worked so well that I left my career as an advertising creative director to become a meditation teacher.

So what exactly is Vedic Meditation?

To start, take everything you think about meditation and throw it out the window. In Vedic Meditation you don’t focus on the breath, or try to follow along with a guided meditation, or try to think happy, grateful, loving and compassionate thoughts instead of angry, silly, banal, annoying thoughts. In Vedic Meditation you sit comfortably, and if you’re uncomfortable you can move. You close your eyes and begin to think your mantra (given by your teacher) silently in the mind, and learn how to disengage the part of you that tries so hard to do a good job at everything and allow yourself to simply be. Instead of acknowledging thoughts and letting them go, you are willing to let the mantra go and allow the mind to flow. Whenever one of your thoughts is that you’re off the mantra you see that as a sign of success, and then come back to the mantra, not trying to hold onto it tighter, not trying to do a better job. And the happy irony is you’ll find it’s much easier to experience the deep, blissful state of silence that is at your core then when you’re trying to silence your mind. Because the part of you that tries is the part that keeps you in the shallows.

How does it compare to other practices?

First, I want to be clear that I’m not saying Vedic Meditation is better than other types of meditation. I love all types of meditation and both practice and teach other techniques. But I think of Vedic Meditation as a foundational practice that makes other practices easier and more effective. To use a metaphor from physical fitness, it’s what I’d call “core work.” So what does this core work do for you?

What are the real-life benefits?

I’ve taught thousands of people and am honored to have testimonials and 5-star Yelp reviews testifying to the benefits of the practice. But when people ask me what they can expect I usually bring it back to my personal experience. When I was about to embark on the final phase of my 2-year teacher training program—a 4-month immersion in India, away from my wife and son—my best friend took me to a baseball game as an intervention. “Dude, this is the worst mid-life crisis I can imagine. Just go to Burning Man with me again.” I said that this worked for me. He wanted more details. I said that I apologized less, that I was sleeping better, and that I had about 90 percent less brain chatter. He said that sounded nice. And believe me, it is nice. The first two benefits I put down to the fact that Vedic Meditation is the best stress-relieving tool I’ve ever discovered. Being less stressed means I have an easier time adapting to life’s challenges, without overreacting, and so I do and say fewer things I have to apologize for. Being less stressed also means that I don’t take such a cortisol-and-adrenaline-infused body to bed... so I sleep better, without pills, and wake refreshed, without coffee. But it’s the last point, about not being stuck in my head all the time, that has led to the happy experience of being fully present, almost all the time, without trying to be present. It’s a much nicer way to live. A life of what I call “everyday flow.” Give Vedic Meditation a try with James at Wanderlust San Francisco or Wanderlust Squaw Valley this year! — 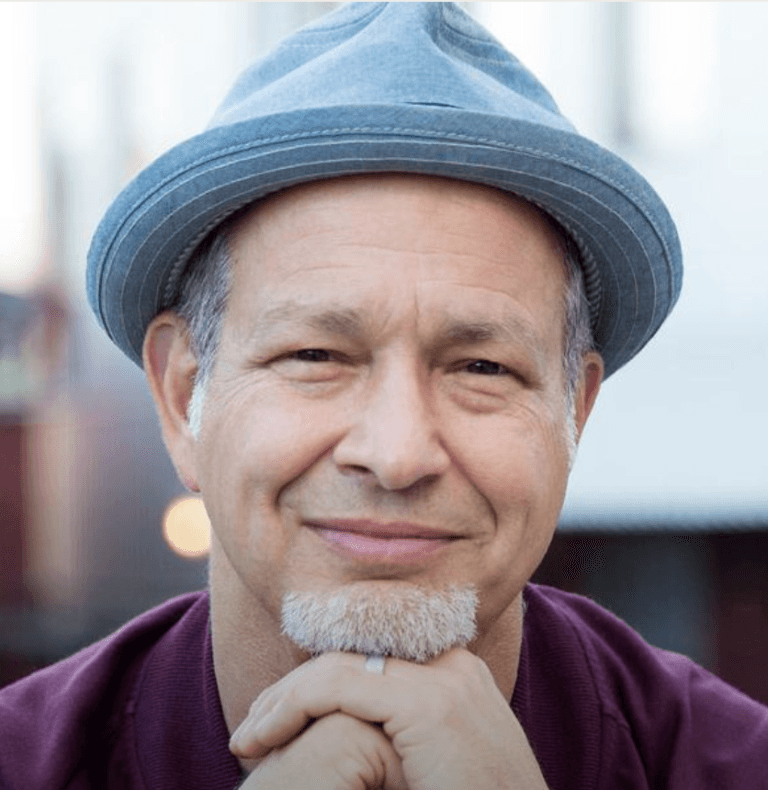 James Brown is the founder of Flow Meditation and one of the world’s leading experts in the ancient practice of Vedic Meditation, from which the Flow program was developed. Over the last decade James has taught thousands of busy people from all walks of life to meditate, and has led courses and workshops at some of the world coolest conferences and at companies across the country, including some of Silicon Valley’s most innovative firms. He lives in The Presidio with his wife, two rambunctious boys, crazy dog (cattle dog/coonhound mix!) and, according to his wife, WAY too many bicycles.