Ski with world-renowned ski pro (and country & western dance phenom!) Amie Engerbretson at Winterlust 2022 in Taos Ski Valley. She'll lead daily free ski sessions geared to help you find balance, rhythm and grace on the slopes, and she'll host a fireside chat in support of our official non-profit, Protect Our Winters, about the intersection of adventure and impact. Join us at Winterlust.

Imagine standing atop a jagged mountain peak, ski tips hanging over a steep, packed powder, tree run. Wind kissing your cheeks with crystals of blowing snow while watching the deep red sunset over the expansive Taos Desert and Rio Grande Gorge. You feel like you are standing at the convergence of two worlds. Under your boots, the Sangre de Cristo Mountains rugged and snow covered, and just below, a Southwestern fairytale of red rocks, dust and warm colors. Is this a dream you must be wondering? A view like this must be the makings of the inner mind’s fantasyland. No… this is Taos Ski Valley. 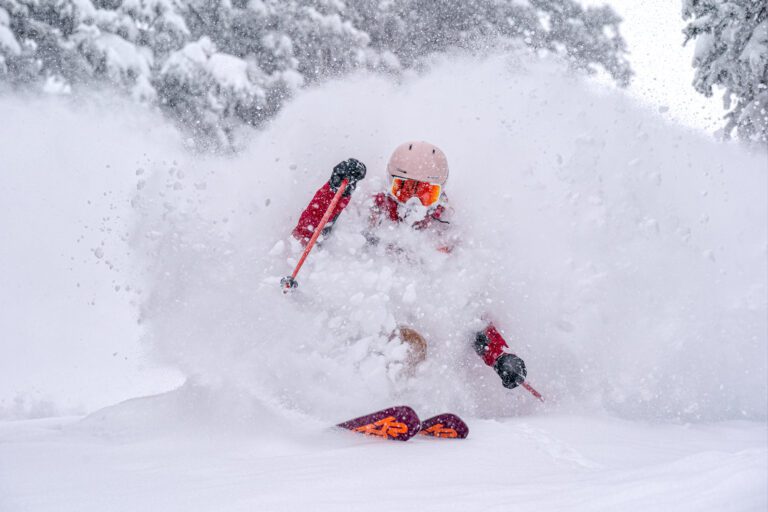 Taos Ski Valley is a true hidden gem. When most people think of skiing, New Mexico is not usually the first location that comes to mind. My first time skiing Taos was in 2011 and I was competing in my first ever, big mountain competition. I had never been there, I didn’t know anyone and I was a bundle of nerves. I had no idea what to expect and while the details of the competition, no I didn’t win, and the memories of the people I partied with that night, might have all faded, what stuck was the memory of a magical mountain with terrain like I had never seen. When friend and photographer Liam Doran gave me a call and asked me to join him and fellow skier Sven Brunso in Taos for a week last winter, I sad yes without a thought. I had been waiting to get back there for nearly 10 years. 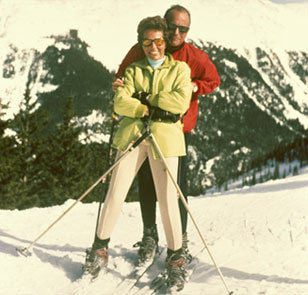 Taos Ski Valley was founded in 1955 by Ernie Blake and his wife Rhoda. The resort boasts 1,294 acres of ski able terrain and 14 lifts, including the new Kachina Peak lift that takes you to Kachina Peak, looming at 12,481 feet above sea level, accessing some of the steepest and most rugged inbounds terrain in the US. When I was here nearly a decade ago, this terrain was only accessible via an hour-long boot back. In my opinion, Taos offers some of the best lift accessed terrain that I have ever found! Yes, Kachina Peak is the crown jewel with steep pitches, tight rocky chutes and technical terrain that is usually smoothed over with buttery wind buffed hero snow, but every nook and cranny you find affords a new adventure. The tree skiing is superb. Endless tree runs, with perfectly spaced glades that are steep, and I mean steep. One run, following Madeline Kelty from marketing, I literally called out 3 different times, “I can’t believe this run is still going!”

Down the canyon road from Taos Ski Valley is the town of Taos, New Mexico. This town is right out of a South Western storybook you have likely imagined with art shops, spas, spiritual outposts and unbelievable food. The whole area has an aura to it, a hidden magic of some kind. The resort itself is surrounded by sacred lands of the Puebloan people. These lands are protected and kept wild. It is impossible not to let the magic and eccentric energy trickle into your soul. I suppose that is why when I woke up to what seemed to be a miracle storm of 30+ inches overnight and still dumping, I wasn’t that surprised. 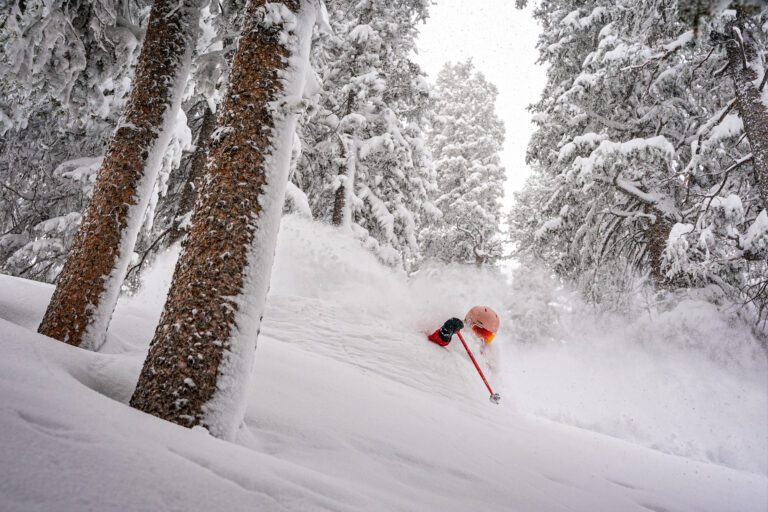 Over the next two days it continued to snow and man did we have a good time. There was snow literally up to our eyeballs and we were lapping the steep trees so fervently, time completely warped and blended in my mind. What could be better than bottomless pow, with free refills, on steep perfectly placed tree runs? The abundance of snow and lack of people was unbelievable. These days, skiing can seem like you are in a herd of cattle and if it is good, everyone one, literally everyone is there. At Taos, not so much. The busiest days at Taos will bring far fewer skiers than many of the big resorts of the west, and with the vast terrain, you feel like you are skiing with just a few of your friends and some friendly, ripping locals.

It truly felt like a miracle that week in Taos. The sunset, the pow, the terrain, the food and the people. Unlike any other place I have ever visited on my skis. I want to say that I am lucky to have felt and experienced the magic of Taos. The truth is, I don’t think I am that special. In Taos the magic touches all those who seek it, or seek to ski it that is. 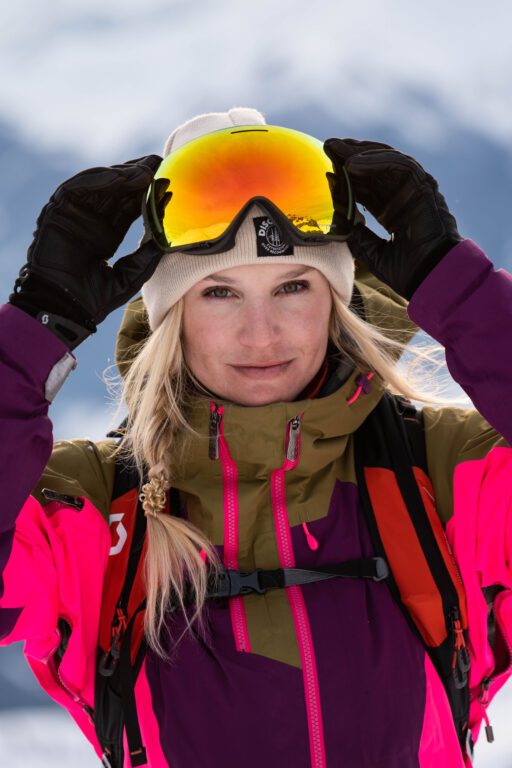 Amie Engerbretson is a professional skier and lover of mountains, cats and smiles. The seed of passion for skiing and adventure was planted on the slopes of Palisades Tahoe and has grown into a lifestyle and career that has taken her around the globe, being featured in many ski media outlets and sharing her passions with the world. Hard work and a strong spirit combined with her commitment to her craft have enabled Amie to pursue her dreams, while keeping her in the fast lane, with a permanent smile on her face. Watch her show off her country dance moves (with her father!) in this recent short film shot in Jackson, WY called "Boots over Brim". Website | Instagram