My heart was beating out of my chest and my legs were veritable jelly. My ankles felt as if they were about to fall off my legs, which were tree trunks growing denser with each move. It was everything I could do to give into the movement of my body, the blood pumping with increasing veracity through my veins; to forget that my heart felt it was going to pound out of my chest. My breath caught in my throat, and sweat started to drip down my forehead. I stared at the glow of a warm-bulb light in the full wall mirror, reflecting the 22 students in class (all of them women but one), each in various degrees of endorphin-stimulated ecstasy and pain.

The teacher, Jaycee Gossett was impossibly energetic, at once powerful and calm, hyped and chill. She yelled into a headset, her voice layered into the bumping music, as if an integral part of the mix. Her motivations were both playlist and prayer, and her reminders to breathe as spiritual as they were sweaty.

“Now inhale!” (Air was audibly sucked into lungs.) “Now exhale!” (Cue shouting, hooting, screaming that drifted into the playlist, layering just underneath Jaycee’s voice.) At some point the jelly legs and the blood pumping and the sweat dripping became background to an extreme present-ness. I fluttered my eyes closed and realized that yes, I had very few f*cks to give.

For 45 minutes, there was nothing else in the world. Not even the fact that I was losing feeling in my feet seemed to matter; I even found myself grinning as soreness from an old injury began creeping up my calf and shin. When Jaycee encouraged us to “let it all out,” I did. Guttural sounds escaped with my exhales, and mingled with the other screams, pants, Lion’s Breaths, and hoots from students around me. The sound of my distinct voice disappeared into the cacophony.

I was in it. Fully and completely in it. Welcome to The Class.

The Class by Taryn Toomey is another in a growing list of alternative fitness modalities that combines yoga basics, dance, and repetitive workout routines meant to make you sweat and push your physical limit. As I jumped and yelped and breathed deeply and dripped sweat onto my branded mat, I couldn’t help but imagine that The Class could be a love child of Yogi Bhajan and Richard Simmons—though the full mirror made it more Jazzercise than Kriya.

“What we do is ask our students to use their body to get to the point of physical fatigue so that their mind more readily gives over to the information in the physical,” says Natalie Kuhn, vice president and founding teacher. “Through the guided instruction, the student becomes aware of what the body is feeling, saying, and experiencing without so much noise and involvement from the part of us that wants to intellectualize or compartmentalize the ‘problem,’ which in our case might be jumping jacks or a burpee,” she says.

The greater idea of The Class is to allow the body to do its thing—to be completely, “no-f*cks-to-give” immersed in activity—so that the mind can dig deeper. “The mind is so good at what it does: problem solving,” says Natalie. “The mind-body connection for us is really about teaching the mind that there’s just as much valid information (if not more) in our tissues than in our rationale.” 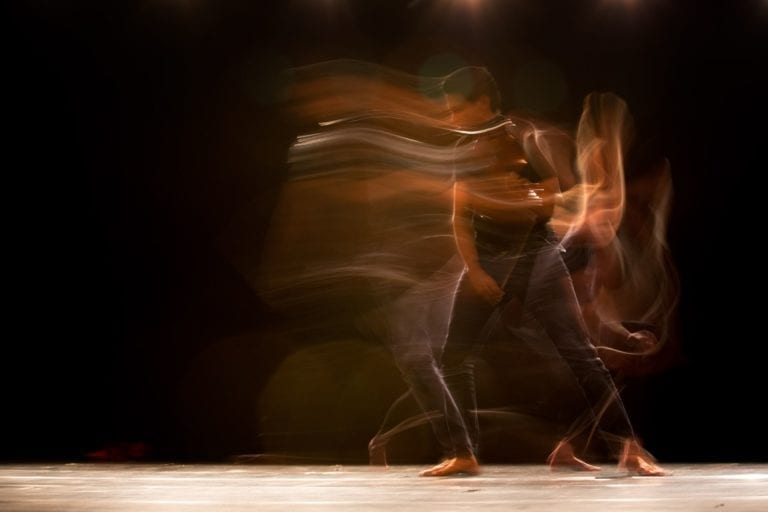 Playing Witness to Yourself

What happened for me in The Class is similar to what happens in a yoga class, of course—but I, personally, found it to be much more extreme. The repetitive motions certainly augmented the body’s takeover of the mind, as did the group setting. Group think is real, and external motivation—spurred both by the full-length mirrors and the closely-laid mats—is powerful. If a standard vinyasa class puts you on the path toward surrender of monkey-mind to physical intuition, The Class is a superhighway.

“For many of our students, they tell us that the work they do in The Class has given them the insight and the courage to make the shift that somewhere deep down they know they’ve needed to make,” says Natalie. “For me, I feel like meeting Taryn and working with her to develop this company in the early days was all preparation for when my mother would pass away suddenly and without warning. The Class helped (and still does help) me grieve without apology, tend to my longing, and speak more kindly to myself. This practice helps me to connect to myself through the power of awareness and compassion.”

This practice helps me to connect to myself through the power of awareness and compassion. – Natalie Kuhn

Simple movements are emphasized, in an effort to allow the brain to truly melt into the moment and give precedence to the physical. “The challenge you face doing a set of jumping jacks is going to spurn some kind of reaction,” says Natalie. “That reaction [exhaustion/frustration] certainly isn’t new for you. It’s so engrained, so practiced that it’s virtually automatic. We ask you to witness it, to witness yourself experiencing it. There’s information in it. And by digging a little deeper, you might just find the thought behind the reaction, and then the feeling behind the thought. Therein lies your emotional life—just under the surface of your intellect’s protective shield.”

To paraphrase: When we shed the protective shield of the mind and gracefully surrender, we are more able to delve deeper into the emotional life. I walked away high on endorphins, but also with a much clearer idea of what was happening behind the scenes in my mind. This is valuable information that allows us to seek out a game plan to change, evolve, and grow.

If you’re looking for a challenging but fun workout that pushes your body to healthy limits, this will certainly do that for you. But The Class is more than that. And I, for one, am officially a believer.