I was 21 years old when I was given my “dream job” at a prestigious travel magazine.

I’d been interning at the magazine for several months, living in D.C. and trying to adjust to the bustling, always “busy, busy, busy” energy of living in our political center. I wasn’t adjusting very well. I missed riding my bike around my old campus in Iowa City, taking creative writing classes at the Writers’ Workshop, and spending hours journaling in local cafes and my favorite park off Washington Street. Life in Iowa was slow, mostly blissful, and the way I lived felt creative and fulfilling.

So when I wandered into the editor-in-chief’s office for a random meeting he’d scheduled, I had no idea what to expect. He was a big, burly man who carried himself with a lot of confidence, and though I truly respected him, I also feared him. Frankly, he absolutely scared the shit out of me. The minute he offered me the job I knew it was a “no” but instead I heard a resounding “yes” escaping my lips. I felt the effects physically—a pit in my stomach, sweaty palms, and a tidal wave of anxiety. My body said no but my mind argued.

“Four years in journalism school and you want to turn down National Geographic?”

So I took the job, moved all of my belongings from Iowa City to Washington, D.C., and, to be honest, I learned a lot. I learned what I love and what I don’t. I fell madly in love with yoga, blogs, and traveling during this time. All things that have well served me since.

Saying “yes” when I really wanted to say “no” (or even shout it from the rooftops) is something I’ve done countless times. I’ve said “yes” when I felt “no”—to relationships, jobs, and even sometimes coffee dates.

At the turn of the new year my Instagram feed was full of intentions, affirmations, and saying a big, resounding YES to every adventure. But you know what my gut reaction was? NO. A big, fat no. That “no” was going to be my word this year and that I was going learn to love this word… Hard.

I’ve said no to Facebook and deleted my account. Why? I always felt utterly drained five minutes into it and couldn’t remember why I opened my computer in the first place.

I’ve said no to alcohol because at 32 hangovers hurt and I’m getting up to some really big, fulfilling shit this year.

I said no to teaching extra yoga classes to focus on coaching, writing, and digging into my own home practice.

I’ve said no to a few evenings with friends because I’ve just really needed to be at home and to feel grounded. And man, Netflix is so good lately.

How is saying “no” (something considered negative) actually self-love (something positive)? Well, when you say no to busyness, mindless scrolling, and complaining, what are you saying yes to?

No gets such a bad connotation, but in order to truly know what lights us up and our non-negotiables, we must, must, must (!) know what we don’t want. We can even feel our “yes” or “no” physically. Many people feel this energetically or often in their gut. Life coach Martha Beck refers to this as “shackles on, shackles off” and encourages people to move toward what feels like freedom. What feels shackle-free.

What we nurture through self-care and healthy boundaries is what grows, and honestly, saying “no” is healthy for you. According to research from the University of California in San Francisco, the more difficulty that you have saying no, the more likely you are to experience burnout, stress, and even depression.

So say “no” with gusto. Honor your boundaries and existing commitments and understand that it’s an offering of self-care.

This article originally appeared on yoganonymous.com. 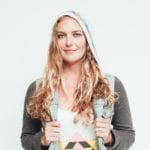 Mary Beth LaRue is a yoga teacher, writer, and lover of avocados, homemade chai tea, and hip hop. She’s an Iowa girl living blissfully in Venice Beach with her husband and their lovable English bulldog, Rosy. You’ll find her riding her bike, going to the farmers’ market, and taking road trips with her fam. Whether it’s through a sweaty yoga practice, a gratitude meditation, or a conversation over coffee about life goals, her mission is to lead people toward their bliss. During her journey of teaching yoga for almost a decade, she’s traveled the world teaching yoga to professional cyclists and designed custom yoga programs for the Down Syndrome Association of Los Angeles and more. Mary Beth is also the co-founder of Rock Your Bliss, a company that leads yoga-inspired coaching through online programs, workshops, and retreats. Go visit her classes at Wanderlust Hollywood.