This video originally appeared on Oprah.com.

Did you know that our brains are just as effective as our bodies when fighting off illness? A study of the brain conducted by Dr. Richard Davidson at the University of Wisconsin-Madison found that after just eight weeks of training, practicing mindfulness boosts our immune system’s ability to fight off illness. Given this, it’s a little strange that mindfulness—paying attention to whatever you’re thinking, feeling, or sensing in a given movement—isn’t universally seen as more than just meditation.

In fact, a Harvard Medical School study reported that mindfulness increases the activity on areas of the brain linked to learning, memory, emotion regulation, and empathy. This direct relationship to empathy means that you are more likely to help someone in need and understand the suffering of others when you are practicing mindfulness. Imagine what society could be if mindfulness became more of a priority.

How do you find connections between mindfulness and gratitude? What would things look like if you paid a little bit more attention? 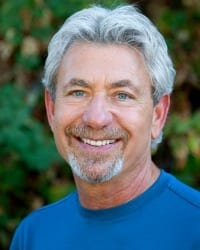 Gratitude Revealed is a journey into the science, mystery and building blocks of gratitude. In a series of 16 film shorts, acclaimed time-lapse cinematographer Louie Schwartzberg shows us not only what these ideas look like, but how they can be expressed in our daily lives.  These stunning shorts have also aired as SuperSoul Sunday Shorts on the OWN: Oprah Winfrey Network. This journey begins with gratitude but the destination is entirely up to you, the viewer. Start your journey by watching the video above and continue it by exploring Connection deeper by clicking here.