They think they are.

But they really aren’t.

What even is monogamy?

When I say that 99.9% of people are non-monogamous, what I mean is that most people define monogamy as simply “not being with other people.”

I go far beyond that.

I’ve coined the term “conscious monogamy” to describe when a couple truly commits to each other emotionally and physically.

There are no secrets lives, no piles of white lies, no “don’t ask, don’t tell” conversations.

You fully show up. Emotionally and sexually.

You are naked, raw, vulnerable and fully exposed.

You go deep, are vulnerable, and reveal the wildest and softest parts of your hearts.

You give your partner everything you’ve got.

You show up in bed.

You allow yourself to be naked and raw and surrendered.

You emotionally open up to them. You pull down your walls, you allow yourself to be deeply penetrated and seen.

They hold back. They hide.

But they certainly aren’t being intimate—sexually or emotionally—with each other.

Be honest. Do you have that?

Are you fully open, surrendered and honest with you partner? Do you let your guard down and let all your soft and raw places rise to the surface? Are your heart and genitals laid bare?

To me, true monogamy is a deep, powerful, surrendered, cataclysmic, sexual and emotional connection.

That’s what propels you into a quantum leap dimension in your lives.

That is what makes your relationship your superpower.

And turns you into a super-power couple.

But like I said: hardly anyone has this, nor do they know how to create it.

Most relationships are superficial.

Safe. They are tacit agreements not to disrupt the status quo.

They rely on “Don’t ask, don’t tell” and mountains of white lies.

Then it becomes easy to say: “Oh, monogamy doesn’t work.” or “Humans weren’t meant to be monogamous.”

I agree—the kind of “pseudo-monogamy” most people have, doesn’t work.

It’s a relationship based on dishonesty and a tacit agreement to live a lie.

But conscious monogamy works better than anything else I’ve ever seen.

Maryanne has been married for 19 years.

By her own acknowledgement, the first decade or so of their relationship was “non-monogamous”.

Meaning, they had the kind of pseudo-monogamy that most people have.

They shared parts of themselves, but not all.

They had a decent sex life, but not great.

Then she found me.

She threw herself into my work, listening to every single podcast and video I ever made, and then she shared them with her husband.

Then they both threw themselves into my work.

Now their lives are full of deep honesty, soaked sheets, cervical orgasms, ecstatic births and careers that are reflections of their true dharma.

The hallmarks of super-power couples.

You can use that connection and energy to fuel every part of your lives.

All this puts you into another dimension, another category of relationship, that less than 0.1% of the population has.

That’s my definition of monogamy—conscious monogamy.

It’s a rare and beautiful thing. 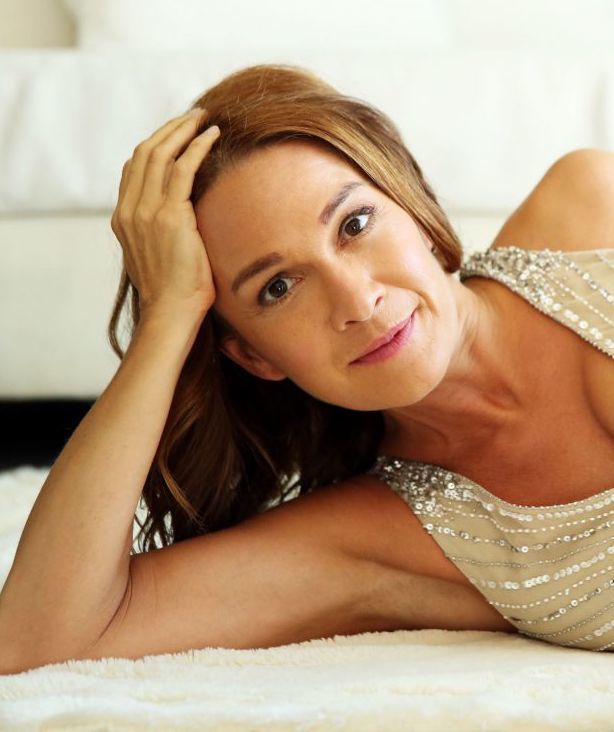 Kim Anami is a holistic sex + relationship coach, and vaginal weight lifter, who is here to infuse more passion into your life and bed. Listen to her acclaimed Orgasmic Enlightenment podcast, see her sex education videos on YouTube and experience her life-changing online programs at kimanami.com.