Last Christmas, I gave my heart to someone worthy. Someone kind and good to me and an overall A+ decent human being. Someone who gave his heart back to me and trusted me to keep it and care for it.

The year before my heart was broken.

I had given it to someone who did not deserve it; someone who didn’t see it for what it was. Didn’t see me for what I was. Someone who decided my heart was as unworthy as I was, and both of us deserved to be treated like something less than human, something undeserving of love, affection, or respect.

I’ve written about this before, and, unfortunately, it’s not a new story.

And boy, did he scar me.

After a classic “honeymoon” period of two months, the perfect man I’d fallen head over heels for began to change. Slowly. Subtly. He began picking on me, criticizing my thoughts and actions, dissecting every little thing I said, poking holes in my beliefs, in my occupation.

In my yoga practice.

He would explode into raging temper tantrums if he didn’t like what I said or what I did, or how I said and did it.

“You’re crazy. Fucking insane. We have so many conversations about it, Kristin—you’re just delusional.”

We did often discuss how delusional I was. How crazy. How completely, utterly out of touch with reality. How right he was—not just right. Sublime in his thinking, his reasoning.

He was always right—always intellectually honest—and I was always irrational.

Looking back, I feel ashamed. Not because I went through it—millions of women and men go through similar situations every year—but because my self-worth was so low at this point in my life that I thought this was OK.

OK? It was justified.

It was being in a grown-up relationship. It was the best I was ever going to do, so I had better shape up and listen to him.

For the better part of the next year, I tiptoed on eggshells, trying to get the perfect, loving man I first knew back, while he continued to increasingly degrade and shame me. This form of abuse is called gaslighting or ambient abuse: a process in which false information is presented in a manner to cause the target to doubt their memory or perception.

Examples of gaslighting include the perpetrator/abuser saying things like:

When a partner (or anyone, actually) starts saying things that make you question your own perception of reality, even your own sanity, they are—knowingly or not—engaging in gaslighting.

The term gaslighting comes from a 1938 play called Gas Light. In the play, the husband attempts to drive his wife crazy by dimming their gas lights and denying that the light has changed when his wife pointed it out, making her question her reality and sanity.

This form of abuse obviously gives the abuser a lot of power: What better way to control someone than by making them question their very instincts, their own brain?

As this pattern continues, the victim becomes less and less likely to leave the relationship, believing themselves to be less than sane and lucky to have someone to put up with their craziness.

Which the abuser never fails to remind them of.

From the National Domestic Violence Hotline, the following are types of ambient abuse/gaslighting:

Withholding: the abusive partner pretends not to understand or refuses to listen. Example: “I don’t want to hear this again,” or “You’re trying to confuse me.”

Countering: the abusive partner questions the victim’s memory of events, even when the victim remembers them accurately. Ex: “You’re wrong, you never remember things correctly.”

Blocking/Diverting: the abusive partner changes the subject and/or questions the victim’s thoughts. Ex: “Is that another crazy idea you got from [friend/family member]?” or “You’re imagining things.”

Trivializing: the abusive partner makes the victim’s needs or feelings seem unimportant. Ex: “You’re going to get angry over a little thing like that?” or “You’re too sensitive.”

Forgetting/Denial: the abusive partner pretends to have forgotten what actually occurred or denies things like promises made to the victim. Ex: “I don’t know what you’re talking about,” or “You’re just making stuff up.””

Most of the time, gaslighting/ambient abuse happens very gradually in a relationship, so that the abuser can gain control of and manipulate the victim’s feelings. The abuser’s comments and actions may seem completely harmless at first, especially since it’s common for abusers to be overly charming in the beginning of a relationship. These abusive patterns continue and intensify as the relationship progresses, and if the victim can’t see what’s happening they can “become confused, anxious, isolated, and depressed, and they can lose all sense of what is actually happening. Then they start relying on the abusive partner more and more to define reality, which creates a very difficult situation to escape.”

It can take years to break out of this cycle, and longer still to fully recognize that you are capable, competent, and trustworthy. And why not? However long it was, someone spent a significant amount of time breaking down your belief in yourself.

According to author and psychoanalyst Robin Stern, Ph.D., the signs of being a victim of gaslighting include:

Is there another way to so thoughtlessly, so carelessly, and so cruelly, to de-legitimize and devalue another person’s feelings and experience?

I don’t know if there is, but I do know what I went through. It’s taken years to get his voice out of my head: the self-doubt, the shame, the powerlessness. Thinking that I don’t deserve to have a story because he deemed me worthless and crazy, an insane bitch that tried to ruin his life.

None of those things were ever true; but it took me ten more months to stop listening to him. Countless more months trying to forget him.

Why did it take so long?

Because he kept promising to change. To stop drinking so much. To treat me better.

The best gift I’ve ever given myself was when I realized those were all lies.

He wasn’t going to change. He was an alcoholic. He was always going to debase me.

It took me months of realizing that good, or special, people don’t keep others down in order to build themselves up. They don’t belittle or shame others so that they feel bigger or more important. They don’t manipulate situations or people with lies and emotions.

And they don’t make people feel unsafe, unloved, or unworthy.

Was I blameless in the story? No, of course not. I’m a human, and I didn’t always play nice.

But I never played abusive.

I wanted it to work. I thought he was The One.

The best gift I give myself every day? Realizing I’m “The One.” I’m the One I was looking for. The one I wanted, badly, to see in him.

My gift to you? Hoping you realize that you are your “One” too. 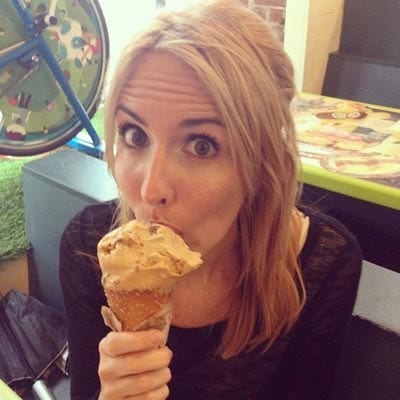