Tattoos have long been considered much more than just body decoration. The spiritual, social, personal, and political significance of getting inked is an indelible aspect of body art, and most people who have undergone the uncomfortable to outright painful procedure attest to its intrinsic spiritual experience. But what about tattoos as a form of healing? What if there was a medicinal and curative element to this global ritual?

Archaeologists are now certain that some ancient remains bear the marks of traditional healing modalities. The most famous of which were found on Otzi the Neolithic Iceman, Europe’s oldest mummy (5,300 years old, to be precise). Otzi has lines, circles, and crosses etched predominantly on his lower back and legs—astonishingly, approximately 80 percent of these tattoos overlap with the classical acupuncture points which are used to treat rheumatism, a condition that experts believe Otzi experienced.

Lesser-known stories, like the 1,000-year-old female mummy found in Peru in the 1990s, further the idea of therapeutic tattooing. In this case, it’s not only the symbols and locations of the mummy’s tattoos that point to a healing practice, but also the composition of the “ink” itself. All ancient tattooing practices used soot as their pigment. However, in the case of the Peruvian mummy, scientists found that the circles on her neck contained a different substance than her other tattoos: plant matter. The scientists studying this case believe that the plant matter was used to tattoo her body as a part of a specifically healing or strengthening ritual.

Fast forward to the tattoo industry of today. Far from their fringe culture past, tattoos have gone mainstream, and there’s a niche revival of therapeutic tattooing where artists experiment with adding different substances to the ink. Modern commemorative ink has evolved to another level with regards to emotional healing after experiencing a loss. There is a quickly growing tattoo trend that involves mixing the cremation ashes of a loved one into the ink of a tattoo in honor of the dearly departed. While we often keep personal objects belonging to those we love when they die, like a ring or watch, to create a sense of continued connection, this popular ritual is just about the most permanent reminder we can have.

Beyond simple ornamentation, tattoos have and continue to have social, biographical, therapeutic, and tribal significance. According to tattoo anthropologist Lars Krutak, “the study of ancient and contemporary tattooing culture offers one of the most profound biographical, artistic and intellectual statements on the importance of cultural diversity, human experience and visual communication. Tattoos transmit a vast body of information about who we are, where we came from, our desires and fears and who we aspire to be.” 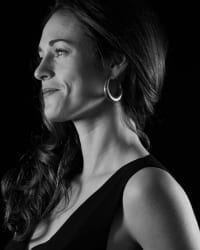 Mara Raye Munro is the Founder of Yoga for Creativity, author of Leaving Pompeii and Yoga for Creativity (forthcoming), and a contributing writer to the recent Wanderlust book. An explorer of inner and outer landscapes, her passion is to dig for buried treasures that are the rituals and knowledge of ancient cultures to share them with the modern world. She works with groups and individual artists to help them find holistic personal health and creative abundance through their yoga practice. Follow her journey on Facebook, Twitter, and Instagram.