The days come out of the Planetary Hours, whereby each day and night is divided into twelve sections, ruled by the seven classical planets in order of speed: Saturn, Jupiter, Mars, Sun, Venus, Mercury and the Moon. The planet which rules the hour at sunrise each day becomes the ruler of the day, which gives rise to the order of days of the week.

“Tuesday and Saturday, ruled by the malefics Mars and Saturn, are said to be inauspicious”

Fitting your business to an appropriate day is astrological timing at its simplest. Sunday is for spirituality and self-expression, Monday is more emotional and family centred, Tuesday is for activity or a challenge, Wednesday is for commerce and communication, Thursday for travel or sharing knowledge, Friday for luxuries and socializing, while Saturn is – ironically – more a day of struggle and penance. In general, Tuesday and Saturday, ruled by the malefics Mars and Saturn, are said to be inauspicious, but it depends on your activity.

Given this knowledge, you can use a given weekday to strengthen a planet in your horoscope. So to boost Mercury for example, it’s beneficial to give to charity or make a full or partial fast on a Wednesday.

Any action performed with intent is very powerful, especially one to a benevolent or spiritual cause, with no thought of reward. Vedic astrologers also recommend a Mercury mantra to chant on this day: it’s best to receive your mantra from an authority who will guide you on practice and pronunciation. If you are in any doubt health-wise, also check with your doctor before fasting.It is also recommended to wear your Jyotish gemstone for the first time on its own weekday, and hour if possible, preferably during a waxing Moon phase.

Vedic priests often perform planetary chanting and rituals on a planet’s day of the week, also taking into account any special festivals and the Moon’s phase. In addition to planetary rulers, there are also Gods and Avatars associated with each planet. Variations exist, but in outline: Sun relates to Rama, Moon to Shiva or Parvati, Tuesday to Hanuman, Wednesday to Ganesha, Thursday to any Guru, Friday to Mahalakshmi, Saturday to Brahma (incidentally, Rahu relates to Ma Durga and Ketu to Ganesha).

A poor diet, lack of rest, excess travel, stress and aging all disturb Vata and its bad effects may be especially noticeable during Saturn influenced time periods.

In Ayurveda, Saturn rules Vata dosha, the cold, dry, unstable tendency that manifests in aches, pains, poor digestion, worry, and ill-health generally. Vata is also Mercurial – quick and changeable – though Saturn is the overall significator of illness. A poor diet, lack of rest, excess travel, stress and aging all disturb Vata and its bad effects may be especially noticeable during Saturn influenced time periods. So fasting and-or a warm oil massage (abhyanga) on Saturdays is recommended to balance cold, brittle Vata, especially bone and joint ailments. 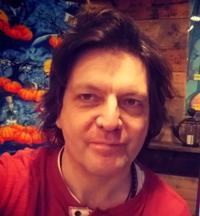 Adam Smith is a Vedic astrologer based in London with a meditation practice going back to the mid-1980s. His astrology columns have appeared in BBC magazines, Elle, The Daily Mirror, The Daily Mail and The Sydney Morning Herald. Follow him on Facebook, Twitter, Instagram or visit his website.